The Narendra Modi government plans to call for a SAARC bank in the lines of BRICS bank to take forward its South Asia initiative that started with invitations to regional leaders to attend the prime minister’s swearing in ceremony in May.

“Commerce department has come out strongly in support of the South Asia Development Bank as it will go a long way in facilitating regional integration through financing of infrastructure for trade,” a government official told ET. “The final call will, however, lie with the partner countries,” the person added. 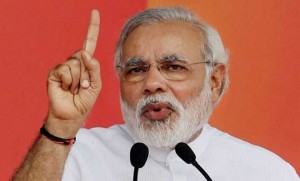 If agreed by the partner countries, the bank would be the first for the eight-nation regional grouping that will provide countries with access to capital to finance infrastructure for trade facilitation and development.

It will be on the lines of the $100-billion New Development Bank (NDB) announced by the BRICS grouping of Brazil, Russia, India, China and South Africa last week. While NDB, to be headquartered in Shanghai, will finance infrastructure and development projects across the developing world, the proposed South Asia Development Bank will focus on the eight SAARC nations — Afghanistan, Bangladesh, Bhutan, India, Maldives, Nepal, Pakistan and Sri Lanka.

Experts said the proposed bank could give a boost to economic development of South Asia.

“The regional bank could be a turning point in the history of the South-east Asian regional economic development, as it will provide impetus to trade in goods, services and investment for development,” said Ram Upendra Das, professor at Research and Information System for Developing Countries, a New Delhi-based autonomous think tank under the ministry of external affairs.

“Moreover, it will manifest India’s commitment towards the development of the South Asian region,” he added.

Vikramjit Singh Sahney, president at SAARC Chamber of Commerce, said such a bank would help in funding infra projects and provide seed capital for intra-SAARC projects such as hydro power.

“No country should have an objection regarding setting up of the bank though some lobbying would be needed to have the bank’s headquarters in India. But as a big brother, India should also contribute a substantial share of the corpus,” Sahney said.

India has been playing the big brother for the region. It has provided duty-free, quota-free access to the least-developed countries of the region, barring just 25 items under the SAFTA goods agreement signed in 2006. The country is also looking at giving unilateral access to Bangladeshi vehicles to deliver goods in India.

The government official quoted earlier said the proposed bank could be set up with whatever the partner countries agree to put in as equity and scaled up later.

Something on the lines of additional non-preferential voting rights can also be structured for third countries who would like to contribute, including the multilateral agencies such as the Asian Development Bank and World Bank. “There will be countries with interest in the region like China and Japan, who would like to contribute towards the corpus,” the person said.

India will moot the idea at the ministerial council and if all ministers agree, it will become a part of recommendations for the SAARC summit to be held in Nepal in November, he said.

“Trade facilitation is actually a question of finding money. That is what the South Asia Development Bank will facilitate,” the official said. For example, Nepal could access the bank for a 40-year loan for its hydro power project and can do an energy trade on that, he said.

There is already a SAARC Development Fund (SDF), incorporated with a paid-up capital of $300 million to provide financial assistance to social sector and infrastructure projects. India contributed $189 million towards it.

SDF can either become a part of the new bank, or it can focus entirely on the social sector while the bank finances infrastructure projects.

At the Thimphu ministerial, Indian commerce and industry minister Nirmala Sitharaman will also hold a bilateral meeting with her Pakistani counterpart, Khurram Dastgir Khan, in a first for the BJP-led government.