The National Board of Revenue (NBR) is going to trace out those who have bought a land at over Tk 10m in the country’s any metropolitan city but evaded paying taxes.

This type of tax dodgers either did not register with TIN or showed less than actual price of land in tax file, said NBR sources.

The central intelligence cell of NBR has also been involved in the collection of information about those land purchasers without paying taxes particularly in posh areas such as Gulshan, Banani and Baridhara in the capital, reports the Dhaka Tribune.

“We are now collecting information from the sub-registry offices about such tax dodgers,” said an official. 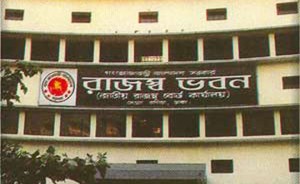 Meanwhile, the deadline for income tax return submission will expire on December 1.

“After December 1, we will cross-check the information the taxpayers provide in their returns. If any fault is found, actions will be taken under the Income Tax Ordinance,” the NBR official said.

However, the officials said there is a huge possibility of missing that target due to ongoing political turmoil.

But several steps have been taken to boost and expand revenue collection.

“We have initiated several steps to collect taxes from some of the uncovered areas to avoid missing target. Hope, the steps will work,” said another official.

About the tax evaders, he said they had already made a primary list of them.

“Identifying them (land purchasers without paying taxes) is a continuous process.”

“Those who give false information in their tax files to evade taxes will also face stern actions as per law,” the official warned.