Nepal and Bangladesh signed a Double Taxation Avoidance Agreement (DTAA) today after holding the fourth round of negotiations. Investors, students and employees stand to benefit from this agreement because they can deduct the tax amount that they paid in one country in another country. 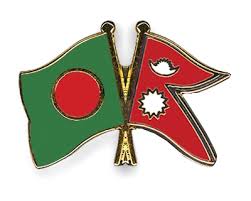 Bangladeshi investors who have invested in hydropower, banks and other service sectors in Nepal can deduct the tax amount that they filed in Nepal while repatriating the dividend to Bangladesh. Likewise, citizens of both countries would not be liable to pay any other tax in both countries after showing the verified documents of tax clearance where they are working, either in Bangladesh or in Nepal.

Even as Nepal has banned investment abroad, Nepali students and employees will benefit from the DTAA, according to Chudamani Sharma, director general of Inland Revenue Department (IRD).

Both the countries started doing the homework on DTAA in 1998, and after a first round of meeting with Bangladeshi authorities, Nepal had proposed signing the deal at that time. The second and third rounds of meeting, to negotiate on the draft proposed by Nepal, were held in Dhaka of Bangladesh in 2001 and 2012, respectively.

Nepal has proposed the DTAA based on the OECD (Organisation for Economic Co-operation and Development) model, as per Sharma. “In the earlier meetings, Bangladesh had some reservations on the draft proposed by Nepal, but this time they were convinced.”

The agreement between Nepal and Bangladesh was signed by Sharma and Parvez Iqbal, tax policy member of National Board of Revenue, Bangladesh.

Apart from Bangladesh, Nepal has already signed DTAA with 10 countries.