Bangladesh cinemas will boycott movies starring the nation’s top actor after he led protests against the first screening of a Hindi film in decades in the country, an official said Thursday.

Bollywood blockbuster “Wanted” opened in cinemas on the weekend after Bangladesh’s censor board cleared its nationwide release, following a 50-year ban on Hindi-language films. 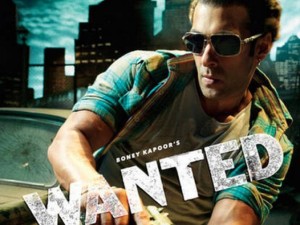 But the screenings sparked protests outside cinemas along with wildcat strikes by hundreds of Dhaka actors, directors and others, who said the release would cripple the local film industry, known as Dhallywood.

Bangladesh heartthrob Shakib Khan led the marches on cinemas, where protesters ripped up Hindi film posters and pleaded with fans queuing at ticket booths to boycott the film.

“We’ll stop Hindi films at any cost,” Khan was quoted as saying by a local daily newspaper Thursday.

Bangladesh cinema owners reacted sharply, saying they would not show any movies starring Khan and the other protesters and defended their decision to screen highly-popular flicks from neighbouring India on financial grounds.

“It’s unfortunate that Shakib Khan, Misha Shawdagar and other actors and directors have used violence to try to prevent us from showing Hindi films.”

Chowdhury said the country’s 350 film theatres “have decided not to show any films by Shakib Khan” along with Shawdagar and several directors.

A court last year ruled “Wanted” could be shown in Bangladesh, despite a prohibition on Hindi films dating back to a brief war between India and Pakistan in 1965 when Bangladesh was part of East Pakistan.

The censor board gave “Wanted” the final go ahead in November for screening this year.

Although pirated CDs of Indian films are hugely popular in Bangladesh, the ban on Hindi movies continued after the country gained independence in 1971.

The government briefly lifted the ban in 2010 after caving into pressure from struggling cinemas, hundreds of which have shut down in recent years because of poor ticket sales.

But it was quickly re-imposed following furious protests by local actors and directors, who claimed the Bangladesh film industry was at risk from the imports.

Chowdhury said the government had recently lifted the ban again under a free trade deal between South Asian countries.

Given the censor board’s clearance of “Wanted”, he predicted that importers would be more emboldened to start bringing in more Hindi films.

Khan said Thursday the ban should remain to protect local movie industry, which produces around 60 films a year.