English medium schools in metropolitan areas cannot charge more than Tk 30,000 in admission fees and session fees. And Tk 3,000 is the maximum amount of monthly fees they can collect.

These along with a set of new guidelines on admission procedures and fees in private English medium schools and colleges come in a new draft policy that Directorate of Secondary and Higher Education (DSHE) submitted to the High Court on Tuesday. 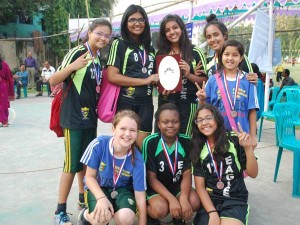 The draft policy titled “Private English Medium School and College Student Admission Policy 2013” comes following an HC rule upon the government and in the wake of a public outcry over high admission fees charged by the schools in the capital. On April 23, the court had asked the government to explain why it should not be directed to formulate a guideline on charging of monthly tuition and readmission fees by the schools.

Four secretaries, directors general of two directorates and heads of 24 English medium schools in Dhaka had been made respondents to the rule. In response to a writ petition filed by Jabed Farruque, father of an English medium student, the HC had also directed the government to take effective steps to prevent the schools from charging readmission fees from the students for the next three months.

Admission and tuition fees have been proposed by dividing the schools and colleges into three categories—A, B and C in the draft. Schools with more than 700 students, standard teachers and infrastructures, supply of pure water, hygienic sanitation, sports apparatus and facilities, safe environment and uninterrupted power supply will fall under the A category.

The schools which will fall under B and C categories will have to have similar features except the number of students. The schools with 400-700 students will be put in the B category and with less than 400 students in the C category. According to the draft policy, the A category schools inside metropolitan areas can charge highest Tk 30,000 in admission and session fees and Tk 3,000 in monthly tuition fee while the amounts will be not more than Tk 15,000 and Tk 1,500 respectively for the ones outside the metro areas.

The draft policy fixed the price of admission forms as well. Schools in and outside the metro areas can take maximum Tk 500 and Tk 300 respectively for each form. “No institution can take additional fees for admission forms and enrolment other than the ones fixed by the government. If any institution charges additional fees, the government will take legal actions, including cancelling registration of the institution,” reads the policy draft.

The admission circulars must mention numbers of vacant seats and the schools have to send in a prescribed format the number of forms submitted and sold to the education boards concerned, it says. Birth certificates of the admission seekers will have to be submitted with the admission forms while the schools will arrange the admission activities under their own management. The policy keeps a five percent quota for freedom fighters subject to competency, and 2 percent quota for children with special needs. The English medium schools are being run under a law enacted in 1962. Contacted, Prof Fahima Khatun, director general of the DSHE, said the policy would be finalized after bringing some changes in the rules of that law prepared in 2007.

English medium school authorities did not agree with the policy, saying some sections of the policy contradicts with rules, she added. “We’ll change the rules first and hope to finalize the policy soon,” the DG told that.