After keeping the threshold for tax-free income stable for two consecutive years, the government on 2015-2016 fiscal year plans to increase the tax ceiling.The new tax exemption ceiling may be set about 14% higher at Tk 250,000 for fiscal 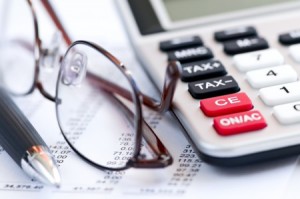 “We are considering placing the proposal in parliament in view of the new pay scale for government employees and the rising costs of living due to inflation,” the official said.

In the last two years, Bangladesh recorded nearly 7% average inflation, which has been a burden to the low and fixed income people.

Given the circumstances, a new pay scale has been put in place, which will boost the basic salaries of nearly 14 lakh state employees by almost 100 percent once it takes effect from July 1. Their allowances are also set to rise.

Officials, especially those at the lower strata of salaries, will be unable to get the benefits of increased salaries unless the tax-free ceiling is raised.

Earlier, the Federation of Bangladesh Chambers of Commerce and Industry (FBCCI) urged the government to hike the tax-free income limit for individuals to Tk 2.75 lakh from 2015-16. However, the minimum tax irrespective of location is likely to go up to Tk 4,000 from the next fiscal year.

Apart from the elevated tax-free ceiling, entrepreneurs may see a 2% cut in corporate tax, which will be applicable to both listed and non-listed companies.

“We are planning to propose the benefits to boost the capital market and reinvigorate the investment climate, which is now on the slow lane,” said the official.

However, the existing tax rate for banks, financial institutions, and insurance, mobile and cigarette companies may remain unchanged in the coming fiscal year in the backdrop of the government’s increased revenue collection target.

Officials said even a minor reduction in the tax rate for these sectors, which together account for a fifth of the government’s direct tax, would affect the revenue collection goal.

The surcharge on wealth tax will continue into the next fiscal year, but the lowest ceiling of net wealth may be revised upwards following calls from executives of private and multinational companies, whose retirement benefits nearly reach Tk 2 crore.

To attain the direct tax collection target of Tk 65,932 crore in the next fiscal year, the government may not extend the current privilege of source tax on garment exports.

The tax authority is looking to log in Tk 2,500 crore from the increase in source tax on clothing exports, said officials.

It said the garment and textile sector is the most dynamic sector in Bangladesh but it is the most under-taxed sector as well. The tax rate on apparel exports was slowly increased from 0.25 percent of export volume to 0.8 percent in fiscal 2013-14, it added.

However, in order to mitigate the high costs incurred by the sector due to political unrest, the rate was temporarily cut down to only 0.3 percent in fiscal 2014-15.

“This rate should now go back to at least the original level of 0.8 percent in FY16 and should further go up in the coming years. The revenue impact from this move would be about Tk 600 crore,” PRI Executive Director Ahsan H Mansur said on May 9.