Southeast Asia’s ecommerce scene was rocked yesterday when Naspers, Schibsted Media Group, Telenor Group, and Singapore Press holdings (SPH) put an end to their rivalry, and decided to join forces instead. There are four Asian countries affected by this change: Indonesia, Thailand, the Philippines, and Bangladesh.

Brad Porteus, OLX CEO of Southeast Asia, explains to Tech in Asia how OLX’s operations will change in those four countries. These changes will start to happen after they receive approval from the European Commission and complete the transaction, which the team hopes to finalize by January 2015. Until then, business are run as usual for all parties. 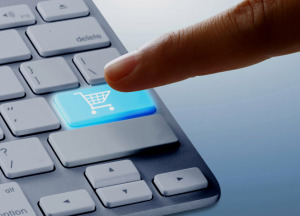 The reason behind this collaboration is multiplying the network effect. Porteus explains:

Online classifieds is a classic network effect business where more buyers attract more sellers, which attracts more buyers and so on. When multiple classifieds operations exist in a given local market, these network effects often struggle to form, and consumers and users suffer by not being able to enjoy the great benefits of a hyper liquid marketplace. By coming together we will be able to reach the needed scale more quickly and deliver even more vibrant local online marketplaces than ever.

The two entities joining hands in the archipelago country are OLX.co.id and Berniaga.com. As mentioned in our previous article, the joint venture operations in Indonesia will use the OLX.co.id brand name under the current OLX platform.

OLX Indonesia’s management team will lead the operation, while adding staff from the Berniaga team. Berniaga’s platform, which includes websites and apps, would redirect users to OLX’s platform.

OLX shareholder Naspers will own 64 percent of this new operation, while 701Search’s stakeholders – Schibsted Media Group, Telenor Group, and (SPH) – will own 36 percent.

In Indonesia, OLX and Berniaga are competing with Kaskus, the country’s biggest local website with online classifieds and forums.

Two companies – OLX.co.th and Kaidee.com – will join hands in Thailand. OLX’s Thailand team will lead the operation using the current OLX Thailand platform. There has yet to be a decision made over the brand that they will operate under in the country.

In this venture, Kaidee’s 701Search has 56 percent ownership while OLX’s Naspers has 44 percent.

In Thailand, OLX and Kaidee are competing with PantipMarket, an online classifieds site that ats as the ecommerce arm of the country’s biggest community site, Pantip.

OLX will take full charge in this country. “The intentions are that [701Search’s] Ayosdito.ph will [cease] operations upon close of the deal, and the Ayosdito site, apps, and users will be redirected to OLX.ph upon [finalization] of the global deal,” says Porteus.

This implies that 701Search won’t have any stake in the Philippines’ operations.

OLX and Ayos Dito are competing with TipidPC and TipidCP, two online classifieds sites which are more focused on tech products.

OLX’s brand in Bangladesh will be merged with Ekhanei.com. Both parties would continue their respective operations using the Ekhanei brand name and tech platform. The current Ekhanei team will lead the operations while looking to add staff from the OLX Bangladesh team where possible.

SNT (Schibsted and Telenor) will have the majority share in this new venture with 51 percent. Naspers will own 49 percent.

Ekhanei and OLX are fighting against Bikroy in Bangladesh.