Today, as the Millennium Development Goals draw to a close and the development community is thinking of new development targets, many children are not learning in school. But, in addition, more than 120 million children and young adolescents still remain out of school. That is almost one in ten children of primary school age, and one in seven children of lower secondary school age. For these children, the right to education remains a distant dream. 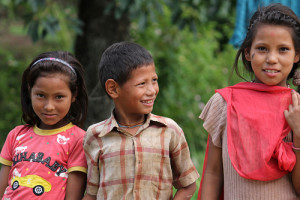 Perhaps, most alarmingly, data show a steady downturn in the momentum to reach these children. Between 2000 and 2007, substantial gains were made towards universal basic education as tuition fees were abolished, schools were built, and teachers were hired. In absolute numbers, much of the progress achieved in reducing the number of children excluded from school was driven by a small number of countries. In India alone, the number of out-of-school children fell by 16 million between 2000 and 2011, the latest year with available data. Another set of ten countries – Algeria, Burundi, Ghana, the Islamic Republic of Iran, Morocco, Mozambique, Nepal, Pakistan, Yemen and Zambia – were also key contributors. Together, these 11 countries account for more than one-half of the reduction in the global number of out-of-school children since 2000.

But, today, 58 million children between the ages of about 6 and 11 years remain out of school and an additional 63 million adolescents (roughly between the ages of 12 and 15 years) are not enrolled. Since 2007, progress in reducing the global numbers has stopped. As shown in the figure below, the rate of out-of-school children has also remained virtually the same since 2007. Girls, children in poverty, and those living in rural or remote areas are the most affected.

The latest statistics on out-of-school children are available in a report published in January 2015 by the UNESCO Institute for Statistics (UIS) and UNICEF. While presenting a range of indicators to better identify these children, the report also identifies several barriers to their education. To begin with, one-half of the children out of school live in conflict-affected countries. Gender discrimination continues to be a major factor to the detriment of girls in many countries (although in some countries, especially in the Caribbean, boys lag behind girls). Child labor is also identified as a major problem, while the language of school instruction can be a barrier in many countries, especially for indigenous populations. Children with disabilities continue to be excluded in education systems ill-fitted to meet their needs. All of these factors are exacerbated by poverty. In many countries, low-income households cannot afford the direct costs of sending their children to school (e.g. fees, uniforms or books) or the indirect costs resulting from the lost wages or household contributions of their sons and daughters.

The report is complemented by an innovative data exploration tool that goes beyond the absolute numbers to highlight the critical factors that drive exclusion. In particular, it shows the extent to which factors like gender, location (rural versus urban) and poverty can affect a child’s likelihood to start school late, drop out or even set foot in a classroom. Developed by the UIS, the data tool clearly identifies priorities for any effective policies or interventions to reach these children.

The UIS-UNICEF report provides the most updated information available on out-of-school children globally. It advocates for a combination of supply- and demand-side interventions as well as system-wide policy reforms to help ensure that all children are indeed in school, and calls for a stronger commitment from governments and donors to keep the promise of education for all.