ONGC Videsh Ltd (OVL) and its partner Oil India Ltd (OIL) have signed contracts to explore for oil and gas in two areas in Bangladeshi waters.

“OVL along with OIL formed a consortium (50:50) and participated in the Bangladesh Offshore Bidding Round 2012, launched by Bangladesh Government during December 2012,” the company said in a statement. 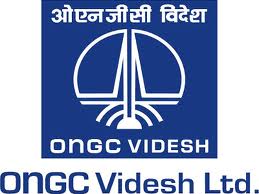 The consortium was officially notified as the winner of two shallow water blocks SS-09 and SS-04 on August 20, 2013.

“Subsequently, the PSC was discussed and initialled on September 19, 2013 and the Government of Bangladesh approved the award of the blocks to OVL/OIL consortium on December 3, 2013,” the statement said.

Under the contract signed yesterday, OVL-OIL will spend $ 103.2 million during the initial exploration of the two blocks.

OVL-OIL combine will be allowed to operate and sell oil and gas for 20 years from an oil field and 25 years from a gas field.

Under Bangladeshi law, the two firms cannot sell gas outside the country and must first offer the fuel to national oil firm, Petrobangla. If Petrobangla does not accept the offer within six months, they can sell it to anyone within Bangladesh.

OVL, which had gone into a shell after its 2008 acquisition of Russia-focused Imperial Energy was criticised, has turned into an aggressive bidder on the international scene during the past year.

These scalps came close on the heels of OVL exercising its pre-emption rights to snap 12 per cent more stake in a Brazil’s BC-10 oil block for $ 529.03 million.

With this OVL’s stake in the block, where Royal Dutch Shell is the operator, has increased to 27 per cent.

In Colombia, OVL teamed up with Sinopec of China to grab two oil and gas exploration blocks.

This followed, OVL and OIL buying a 10 per cent stake of Videocon in a gas block in Mozambique for $ 2.48 billion.

OVL followed this by buying another 10 per cent from Anadarko of US for $ 2.64 billion.

The Mozambique block is estimated to hold 35 to 65 trillion cubic feet of gas reserves, which can be shipped to energy hungry India.