A Bangladeshi origin businessman accused of conspiring with employees of SNC-Lavalin Group Inc. to bribe Bangladeshi officials and help the engineering giant secure a contract for that country’s most important infrastructure project has voluntarily turned himself in to Canadian authorities.

Zulfiquar Ali Bhuiyan, 48, surrendered on Tuesday morning to the RCMP’s national division, which for more than two years has been probing a now disbanded unit of the Canadian engineering firm. The unit, which was based out of SNC’s Oakville, Ont., office, allegedly conspired to bribe its way to the top of a competition to supervise construction of a six-kilometre Bangladeshi bridge, reports The Globe and Mail. 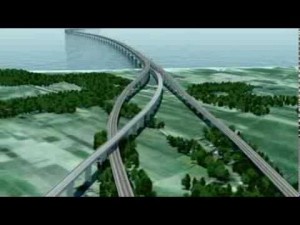 Zulfiquar, a dual Bangladeshi-Canadian citizen, was charged by the Mounties in September with violating Canada’s foreign bribery law, the Corruption of Foreign Public Officials Act. He returned to Canada on the weekend to fight the charge, his lawyer Frank Addario said after a brief court hearing Tuesday morning that resulted in his release on bail.

“He travelled halfway around the world to voluntarily face charges under an untested law, just to clear his name,” Addario said. Since Canada introduced the law – which forbids the bribery of foreign officials by Canadian companies and individuals – in 1999, police have laid the charge less than a dozen times, and only one of those cases has proceeded to trial.

Zulfiquar was the fifth person to be charged by the RCMP in connection with the suspected corruption plot, which has scuppered the bridge project that was designed to link the underdeveloped southwest portion of Bangladesh with its capital Dhaka. The Padma bridge project has been called a “steel lifeline” by World Bank president Jim Yong Kim, whose development agency withdrew a $1.2-billion loan after bribery allegations first surfaced.

Three employees of SNC-Lavalin have already been charged under Canada’s foreign bribery act, including a former senior executive, Kevin Wallace. Two other former SNC employees who worked under Wallace, Ramesh Shah and Mohammed Ismail, have also been charged. The fifth individual sought, Abul Hasan Chowdhury, is a Bangladesh-based lobbyist.

Zulfiquar is not an employee of SNC, and Addario described his client at a businessman who operates, among other ventures, a garment factory. Andrew Wiese, a prosecutor with the Public Prosecution Service of Canada, declined to explain how Zulfiquar figures into the alleged conspiracy, citing a court-ordered publication ban from a preliminary hearing in May.

According to a letter written by an external panel of the World Bank that was sent to the Bangladeshi Anti-Corruption Commission, a trip that SNC officials made to Bangladesh in May, 2011, is central to the alleged bribery plot. The World Bank letter, which was leaked to the media in Dhaka, alleged that during the trip SNC officials, including Mr. Wallace and Mr. Shah, met with the then communications minister of Bangladesh.

After the meeting, the letter alleges, Mr. Shah jotted down a list of Bangladeshi public officials with percentages next to their titles – “40% Min” and “1% Secretary” – in a notebook. Under the list he allegedly wrote the heading “PCC,” which is “a euphemism used by SNC-Lavalin to indicate the cost of the bribes to be paid,” Luis Moreno Ocampo, the chair of the World Bank panel, wrote in the letter.

Bangladesh is one of a number of countries where SNC is facing allegations of bribery. The company’s former chief executive, Pierre Duhaime, has been accused of multiple fraud and corruption-related crimes by Quebec’s anti-corruption task force in connection with payments that SNC allegedly made to secure the $1.3-billion contract for a new Montreal hospital.

Riadh Ben Aissa, a former executive vice-president in charge of SNC’s international construction, also faces charges in connection with the hospital payments. He is currently detained in Switzerland, where authorities are probing how he used that country’s secretive banking system to funnel an estimated $160-million to Saadi Gadhafi, the son of the late Libyan dictator.