The National Bank of Pakistan (NBP) suffered a loss of Rs9 billion during its operations in Bangladesh during 2006-11, the National Assembly Standing Committee on Finance was informed on Friday.

The bank’s representatives also informed the committee that head of its Bangladesh operations had been suspended and other employees relegated to the role of OSDs (officers on special duty), and a forensic inquiry was under process to ascertain cause of the fraud. 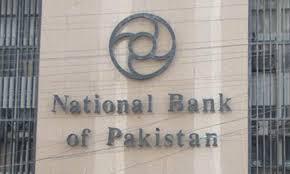 However, the committee dismissed the explanations made by the NBP officials, and sought a detailed report. The committee meeting chaired by Omer Ayub Khan contested the position of NBP management that some managerial level officials were apprehended and made OSDs on the issue and remarked that names of those responsible must be included in the report.

The committee further stated that it would like to know in detail as to what happened to loans which were taken by some industrial units during Bangladesh operation of the bank.

The committee also wanted to know about the bank’s future plan to diversify its portfolio as well as about the innovative initiatives and loan and advances of the bank at provincial and district level. It also directed the bank’s management to also submit its inspection report to the State Bank.

The standing committee showed its reservations on the agricultural ratio deposits of loans in rural areas compared to urban areas. The committee constituted a sub-committee headed by Daniyal Aziz to investigate the matter.

The committee strongly recommended that maximum loaning should be provided to small and medium enterprises (SMEs) on cash flow basic.

The committee asked the finance ministry to provide the list of settlements of properties made by the NBP so far as well as of small and major NBP defaulters since last 15 to 20 years with default amounts.

NBP officials in their presentations said the bank had a leading market position with 13 per cent market share in deposits with second largest distribution network in country, and had 35pc share in consumer loans.

The committee decided to defer the agenda item on the State Bank of Pakistan (Amendment Bill), 2014 due to late receipt of working papers by the National Assembly Secretariat from the finance ministry.