After failing to meet several deadlines previously, Petrobangla has sought extra time to answer to a payment claim filed by Niko Resources (Bangladesh) Ltd with the International Centre for the Settlement of Investment Disputes (ICSID). 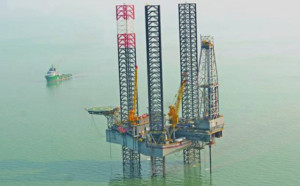 “After this date, the Tribunals will rule on the request, including the claimant’s clarification of December 5, 2014, even in the absence of a reply from Petrobangla,” the Tribunals said.

Petrobangla is seeking yet more time despite the warning.

ICSID is a part of the World Bank Group that facilitates the arbitration of legal investment disputes between international investors and host states.

The three-member tribunal constituted in 2010 for this claim is presided over by Michael E Schneider of Germany.

In 2010, Niko filed a lawsuit with ICSID against the Bangladesh government, Petrobangla and Bapex after Petrobangla withheld payments on gas sales from Feni gas field from 2006.

It filed another case involving two blowouts at Chattak gas field in 2005 after a Bangladeshi court held Niko liable for the accident.

In the payment claims case, the Tribunals invited Niko to provide clarification on specified points by December 5, 2014 and invited Petrobangla to respond by December 18, 2014.

Niko submitted a clarification by December 5. Petrobangla has not yet responded.

The Tribunals then set a new deadline of May 19 for Petrobangla to reply.

Petrobangla informed the Tribunals nine days after the deadline, on May 28, that their counsel had been changed.

In light of this, the Tribunals had set June 11 – now missed – as the final deadline.

Supreme Court advocate Sharif Bhuiyan yesterday told the Dhaka Tribune: “A lack of professionalism in representing Bangladesh is more than apparent in the Niko cases. In one of the orders the Tribunals quote Bapex’s statement that Bapex never argued that Niko had liability for the two blowouts.

“Bapex also failed to submit any material or evidence including expert evidence to establish Niko’s liability, to the extent that the Tribunal had to give an ultimatum to Bapex to come up with its defence.”

“It also seems that Bangladesh failed to make any representation on Niko’s invoice payment despite having several time extensions. Not making any submissions could expose Bangladesh to liability for compound interest, in addition to the principal amount,” Sharif added.

One of the cases is related to compensation for two blowouts while drilling at the Chattak gas field in Sunamganj, locally known as Tengratila field, on January 7 and June 24, 2005.

A government-formed probe committee held Niko responsible for the blowouts. On June 15, 2008, a case against Niko was filed with the Joint District Judge 2 Court in Dhaka seeking Tk746.5 crore in compensation. The proceedings of the trial are still pending.

Niko was asked to submit a written report to the local court by June 30, 2015. Niko brought the case to ICSID, seeking a declaration that it was not liable.

In the second suit, Niko demanded $35.71m from Petrobangla as payment for gas sales from Feni gas field, including $8.55m that Petrobangla owes to Bapex.

Petrobangla declined to pay Niko following a High Court order, unless the company pays compensation for the Tengratila blowouts.

The Canadian firm stopped gas production from the Feni field in May 2010.