The fate of the longstanding LNG terminal project is likely to be decided at a meeting of the Project Processing Committee (PPC) on Monday, said Petrobangla chairman Dr Hussain Monsur.

The Petrobangla chairman said that they received a term-sheet of US-based consortium of Astra Oil and Excelerate Energy last month about the project.

After the scrutiny, he said, it was put forward to the Energy Ministry to place it at the PPC meeting.

The PPC is an inter-ministerial body formed comprising representatives from different ministries, including the Ministry of Finance, Ministry of Law and also the Bangladesh Bank. 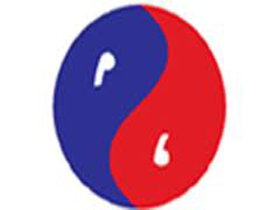 Once the US firm’s proposal is cleared by the PPC, Petrobangla will move ahead with the project.

The Energy Ministry already proposed holding a PPC meeting, but Finance Ministry officials expressed their inability to be present at the meeting for their busy schedules with budget preparation.  “Finally, the PPC meeting was rescheduled for June 9,” Dr Hussain Monsur told UNB.

The government undertook the move first in 2009 to set up an LNG terminal at Moheshkhali Island in the Bay of Bengal as part of a plan to import liquefied natural gas from the Gulf state of Qatar to resolve the country’s nagging gas crisis.

A memorandum of understanding (MoU) was signed with the Gulf nation to import 5 million tonnes of LNG per year.  The government then invited an international tender to set up the floating LNG terminal at the Moheshkhali Island.

As per the government plan, the LNG terminal must have a re-gasification capacity of at least 500,000 Mcf (1,000 cubic feet) per day to supply it to the national gas network.

The project also should have berthing and mooring facilities for LNG vessels with a capacity of 138,000-260,000 cubic meters. The Petrobangla invited bids from international forms for the project to implement it on build-own-operate-transfer basis for 15 years.

After a long exercise of tender process, the US-based consortium of Astra Oil and Excelerate Energy was selected for the project. But some of the terms and conditions of the US firm were found to be unclear for which the Petrobangla sought a clarification.

Meanwhile, Petrobangla has softened some of the tender conditions like slashing down the performance guarantee (PG) amount to US$ 11 million from $20 million through negotiations with the US firm.

Official sources said the US consortium quoted US$0.39 per Mcf (1,000 cubic feet) as a processing fee to cover the installation cost of the LNG terminal.

The Petrobangla chairman said the US firm has proposed setting up the LNG terminal with its own funding. The International Finance Corporation (IFC), a World Bank commercial lending wing, expressed its willingness to provide the required fund for the project.