Shahria Sharmin had gone to her husband’s factory in Dhaka, Bangladesh, looking to tell a positive story about the garment industry, one that would offset negative public perceptions. What she found, instead, was an even more challenging topic: the lives of five hijras, the local term for the culture of men who identify sexually as women. By day, they presented themselves as men, but at night they dressed as women and kept a home for their 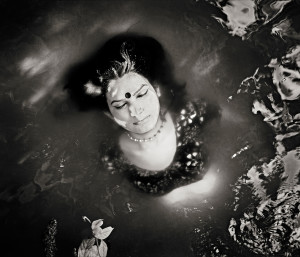 That this was happening in Bangladesh, the world’s fourth most populous Muslim country, intrigued Ms. Sharmin, who grew up in a conservative family in which such topics were never discussed.

“I was surprised to see that life,” she said. “Why and how, because I didn’t have any communication, or any sort of idea about them before that.”

There are thought to be very few hijras in the mainstream work force — only five out of 4,000 workers at the factory — but Ms. Sharmin made hijra culture the subject of her photo series “Call Me Heena.” Typically, hijras, whom the government of Bangladesh officially recognized as a third gender in 2014, live under the protection of gurus, and perform various activities in the streets, dressed as women, to earn money.

Ms. Sharmin’s new friends, outliers among outcasts, were at the factory for a reason: They didn’t want to live in the usual way. “One guy was telling me: ‘If my mother dies, I can’t bury her. I can’t go for the funeral.’ They wanted to go as a man, to the mosque,” she said. “That’s why he came to work in the garment industry.”

While many hijras emigrate to India, where they are accepted in Hindu culture, those who remain in Bangladesh are rarely harmed, Ms. Sharmin said, because they hold a unique role in society. Hijras who live in the traditional way earn a living by officiating at celebrations, and causing disturbances in the streets, yelling and screaming, until shopkeepers pay them to leave. They also make money by threatening to curse people, and potential victims pay them not to.

The hijras work under a guru who takes 50 percent of their earnings, Ms. Sharmin said, in return for providing health care, retirement wages and protection from the police when they are harassed or arrested on prostitution charges. As the gurus have been known to compete with each other for turf, and to torture their followers, it might seem like a form of organized crime.

Shahidul Alam, who founded the Pathshala school where Ms. Sharmin was a student, stressed that the world of the hijras was hierarchical and extremely complex. The fact that it functions as a gray market economy, he said, made the battles almost inevitable.

“It’s a business,” he said. “And all businesses are territorial. That happens wherever you are. This is a specialized business, and I think part of it also has to do with the quasi-legal structure, which makes it more difficult than if it was completely legit. It’s sort of partially underworld, and that creates a tension that wouldn’t be there otherwise.”

He added that the word guru itself implies they are being watched by a teacher.

Ms. Sharmin agreed that the gurus, hijras themselves, act as protectors.

“In your life you need a parent,” she said. “Don’t you? For them, they don’t have any parents. That’s why they need a guru. A guru is like a father for them. You need a prime minister. You need a president for your country. You also need your parents.”

In fact, hijras’ relationships with their actual families intrigued Ms. Sharmin, who has twin 15-year-old girls. While mothers were understanding, she discovered that hijras were often rejected by their fathers. The emotional toll is evident in some pictures: One image shows a subject whose arm had cigarette burns. According to Ms. Sharmin, however, they actually harmed themselves because of the family strife and the inability to marry their male partners.

Intent on examining positive aspects of their stories, she now plans to make portraits of her hijra friends with their fathers, hoping to spur reconciliation on a personal level, rather than attempting to make large-scale social change. If their families accepted them, she believes, hijras would not need a guru.

In a symbolic victory, Bangladesh’s hijras held their first Pride Parade last year. When asked if she thought same-sex marriage might be possible in a Muslim country like Bangladesh, Ms. Sharmin said it could happen in a decade.

“I think there is a hope that this movement will end up with acceptance,” she said. “With marriage or adoption. But not anytime soon. It’s a hope.”