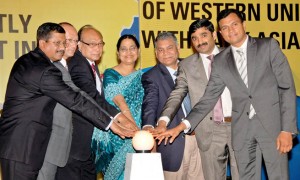 Initially, this service will be available from Malaysia and expatriate Bangladeshis will be able to send money to beneficiary accounts in around 9000 branches of all banks in Bangladesh. This gradually expending service will be soon available in UK & UAE, and later to 200 countries around the globe, where Western Union has more than 500,000 locations.