The country’s spending on rice imports have increased twelve fold during the first eight months of FY 2013-14 (July 2013 – June 2014), compared with that of the same period in FY 2012-13, according to the Bangladesh Bank.

The Bank’s data shows that actual import settlements for rice stood at $171.58 million between July 2013 and February 2014 against $13.24 million during the same period last year, say local sources. The Bank also says that rice imports surged despite an increase in rice production in FY 2012-13. Decline in international rice prices, increase in domestic rice prices, appreciation of Bangladeshi taka against the U.S. dollar are the main reasons for surge in rice imports, according to the Bangladesh Bank. 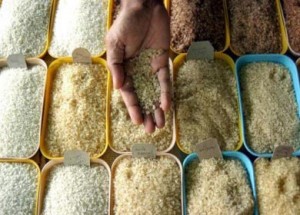