Robi has stood by the flood victims in the wake of the recent flash flood in the south-eastern Bangladesh. It was the first corporate house to respond to this natural calamity. 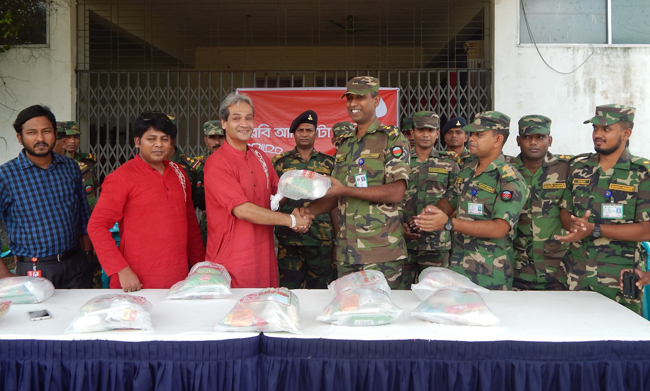 Bangladesh Army. The members of Bangladesh Army’s will distribute the relief among thousands of flood-affected people across different flood shelters in Cox Bazar and Ramu on Sunday and Monday.

As a responsible corporate entity, Robi has always taken part in the humanitarian relief effort in the wake of natural calamities affecting the country and is committed to stand by the society during moments of trial.

In the same spirit, Robi’s parent company Axiata Group Berhad has signed up to the Humanitarian Connectivity Charter launched by GSMA- the apex association of Global Mobile phone operators in March this year. As a signatory to this charter, Axiata Group is committed to support customers and responders before and during humanitarian emergencies with a common set of principles in all the countries it operates in.