Mr. A Rouf Chowdhury was re-elected Chairman of Bank Asia at a meeting of the Board of Directors of the Bank held on Monday (31 March, 2014). He is a sponsor Director of the Bank. 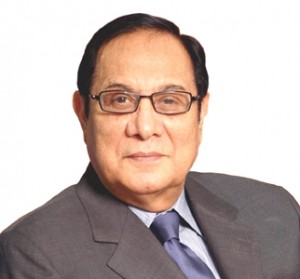 Mr. Chowdhury is an eminent businessman and industrialist of the country. He is the Chairman of Rangs Group and Sea Resources Group. He is also a Director of the Daily Star, the highest circulated English daily in the country.

Mr. Chowdhury was the President of Basket Ball Association for four years. He has been a member of Executive Committee for Kurmitola Golf Club for over twenty years. Mr. Chowdhury has been actively associated with many social activities.