Urban-rural disparity continues to persist in the education system, according to results of the Secondary School Certificate and equivalent examinations published on Saturday, while the ministry keeps brushing aside such observations.

Educationists and education campaigners said that the disparity continued as urban students could have coaching, private tuition and better guidance. Guardians in urban areas also spend more on students than guaridans in rural areas do.

The combined pass rate in this year’s exams is 91.34 but the competence and the quality of education of successful students could be questioned, educationists said. 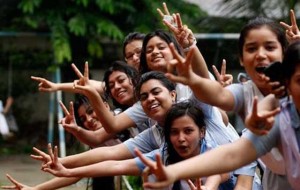 Only two schools that earned places among the top five institutions under respective boards are in rural areas. Amenabaki Residential Model School,  which finished third under the Dinajpur board is at Chirirbandar in Dinajpur and Srijanee Bidyaniketan which finished fourth under the Barisal board is at Dumki in Patuakhali.

The only madrassah that earned a place among the top five under the Madrassa Education Board is Sarsina Darussannat Kamil Madrassah at Swarpukathi in Pirojpur.

No schools in rural areas could earn a place in top five under any of the remaining six general education boards and the technical education Board.

Each year, education boards publish a list of top 20 institutions on five criteria — regular examinees, the total number of examinees, pass percentage, the number of highest grade point average 5 scorers and average GPA in the institutions. Boards make the lists of schools where at least 40 students take the exams.

Former University Grants Commission chairman Nazrul Islam told New Age that there had been little progress in addressing the rural-urban disparity He said that the balance in the education system had been destroyed. Almost all rural school lack infrastructure and efficient and trained teachers, resulting in poor education quality.

He said that most of the higher and higher-middle class families in rural areas were sending their children to institutions in urban areas, which is another reason of the poor result of rural institutions.

Siddiqur Rahman, a member on the committee on the Education Policy 2010, said that rural educational institutions had dearth of skilled teachers, educational infrastructure, laboratories, libraries and other facilities.

The Campaign for Popular Education executive director, Rahseda K Chowdhury, said, ‘Normally, educational institutions in rural areas suffer when the question of performance comes. There is also lack of funds and proper management in rural areas.’

Siddikur Rahman and Nazrul Islam questioned the quality of students passed the exams.

‘I doubt if the increased pass rate is a political stand,’ said Nazrul.

Some DSHE officials and teachers, meanwhile, said that English and mathematics questions were set in a way so that most of the students could answer them and lenience in answer script evaluation were instrumental in the high pass percentage. Guardians also blamed question paper leak for such results.

The DSHE director general, Fahima Khatun, said that there were no instructions for teachers to be lenient in evaluating scripts.

The education minister, Nurul Islam Nahid, said, ‘This year’s results have showed that the overall education quality has improved.’

The minister said that the success was the outcome of efforts of all. As most students in rural areas fail in English and mathematics, extra classes were taken in 8,000 schools.

‘The quality of education is improving day by day but it is true that we are yet to reach the global standards.’ Nahid said.