A Saudi court sentenced Raef Badawi, the founder of a human rights group, to 10 years in jail and 1,000 lashes Wednesday over “insulting Islam,” an activist said. 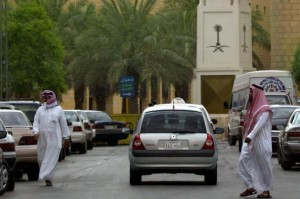 “He is a prisoner of conscience,” said Shamari, pointing out that there is “no criminal charge against him.”

“The ruling is unjust,” she told AFP.

Badawi was sentenced in July 2013 to more than seven years in jail, in addition to 600 lashes, for insulting Islam, the religion of the ultra-conservative kingdom.

Concretely, the founder of the Saudi Liberal Network had criticised the role of the notorious religious police.

But an appeals court overturned the ruling, sending the case back for retrial.

Prior to his arrest, Badawi’s network had announced a “day of liberalism” and called for an end to the influence of religion on public life in Saudi Arabia.

Shamari said the network’s website had “criticised some clerics, the Commission for the Promotion of Virtue and Prevention of Vice (religious police), in addition to religious fatwas (edicts) considered harmful to Islam.”

She said the government was not behind prosecuting Badawi, stressing that “clerics have filed a lawsuit against him.”

“The government tries to appease them (clerics) at our expense sometimes,” she lamented.

The Saudi Liberal Network has been active only online, Shamari said.