One woman in every four who fractures a hip never comes out of hospital — she dies there. This is a statistic provided by the UK-based National Osteoporosis Society.

Worse still, the organisation’s report reveals that one in five women has to suffer three fractures before the diagnosis of their brittle bones — not surprising, given that, after hitting menopause, a woman can lose a whopping one-third of her bone in three years.

The latest report from the National Osteoporosis Society emphasises the unnecessary suffering that women are experiencing. It makes painful reading. 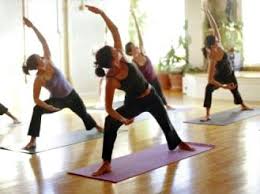 In a poll of 1,551 people across Britain, including 972 women aged 50-70 who had broken bones, the charity found GPs and hospital staff often fail to follow up those at risk, reports the Mumbai Mirror.

In total, one in eight of those who had more than three broken bones said that they had never discussed osteoporosis with the doctors treating their fractures. About 2.3 million women over the age of 50 have osteoporosis, which the poll found incapacitates them for an average of 40 days for every fracture.

It showed broken bones cause significant problems, so more than half find it difficult to drive; almost half have difficulties with housework; almost a third struggle to wash themselves; a quarter find it difficult to cook for themselves; and one in 10 says they are unable to see friends and family. The society said at least half of women and a fifth of men over 50 are at risk of a break.

The trouble is osteoporosis is the “silent disease” because there are no symptoms prior to a fracture. However, once a person has broken a bone, their risk of breaking another — a fragility fracture — increases significantly. Around 300,000 fragility fractures occur every year in the UK, often in the spine. After the first break, one in eight will break another bone within a year and a quarter within five years.

– Don’ t smoke. Smoking weakens bones. If you don’t think you will be able to quit on your own, consult a doctor and seek help.