Delhi Police Commissioner BS Bassi has denied any pressure after a letter written by Congress leader Shashi Tharoor surfaced alleging that police officers pressurised his domestic help into framing Mr Tharoor in the death of his wife Sunanda Pushkar.

“I have spoken to the police officers regarding these concerns, and they told me there is no such thing,” Mr Bassi said. 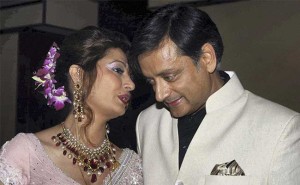 In the letter written to Mr Bassi in November last year, Mr Tharoor wrote, “The officer used the traumatic physical assault to try and intimidate Narayan into confessing that he and I murdered my wife.” (Shashi Tharoor’s Letter to Delhi Police Commissioner BS Bassi)

He wrote the letter on November 12 last year seeking to put on record his conversation with Mr Bassi three days before, noting, “As you graciously agreed, such conduct is completely unacceptable and illegal. It also amounts to the use of physical coercion in the attempt to frame an innocent man. I would request you to take immediate and appropriate action against such unlawful misconduct of the officer concerned.”

“My staff and I have always made myself available for any kind of inquiry and investigation but the recent behaviour of the officer towards my staff is matter of serious concern to a law-abiding citizen,” Mr Tharoor also wrote.

On Monday, the Delhi Police said it had registered a case of murder based on a new report from doctors at  Delhi’s All India Institute of Medical Sciences (AIIMS) who handled the post-mortem for Ms Pushkar after she was found dead at a five-star hotel in the capital in January last year.

Mr Tharoor said on Tuesday that he is “stunned” at a murder case being registered in his wife’s death. “Although we never thought of any foul play in the death of my wife, we all want that a comprehensive investigation be conducted and that the unvarnished truth should come out,” he said, assuring the police of his “full cooperation.”