Leaders of the shipbuilding industry demanded immediate endorsement of the drafted policy and act for the sector, facilitating it to capitalise on its tremendous prospects locally and globally.

They said that particular business-friendly policy and law would significantly jack the industry up, helping to make it another vital foreign currency earner like RMG and taking the riverine Bangladesh’s economy to a new height, reports The Financial Express (FE). 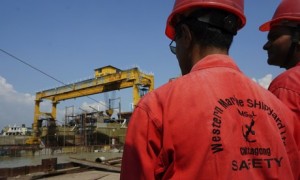 The government has already drafted both the act and policy for the sector quite ago, but yet to approve or enact those, they said, adding that there will have a single platform under the law to regulate and facilitate the about US$-50-million industry.

“Appropriate expansion and healthy growth of the sector (shipbuilding) requires the finalisation and approval and/or enactment of the policy and the act without one day delay,” said Dr Abdullahhel Bari, President of the Association of Export Oriented Ship Building Industries of Bangladesh.

“Shipbuilding has entered international arena. Essentially therefore, any foreign investment, foreign direct investment (FDI) or joint venture and any export order will be first looking for the policy and act guiding and controlling actions and activities in both of the players (shipbuilders and authorities) in the sector and controlling the sector,” he said.

“Therefore, the point of commencement is finalisation of the policy and act,” Mr Bari, also chairman of Ananda Shipyard and Slipways Ltd, a leading shipbuilding company in Bangladesh, added.

While stressing on separate policies and acts for shipbuilding and ship recycling sectors, he said, “As they are entirely two different activities and industries having their own importance and impact must not be amalgamated in one policy and act.”

That (amalgamation) will be suicidal for the shipbuilding in Bangladesh and of enormous harm to proper ship recycling, he said.

In a query, he further said that a ship recycling policy formulated earlier already exists; now, there is a move to amalgamate this policy with that of the shipbuilding sector. Mr Bari strongly disagreed with the amalgamation.

The shipbuilding sector is regulated like other industries under the relevant industries laws, he said.

“After that, if the government wants to formulate any particular policy and enact law for this sector, then all the stakeholders should be consulted in doing so,” Mr Islam said, adding that they were not consulted and engaged in the process of drafting the policy and act.

In a query, he said the sector again started getting orders for ship building and exports, as the global economic recession eased and the country also saw a breathing time after the continuous local political turmoil.

Hefazatur Rahman, president of the Bangladesh Ship Breakers’ Association, said that they are also in favour of separate policies and acts for the ship breaking and shipbuilding industries.

The government assured them of making separate policies and acts for both the sectors, he added.

“Concerned government officials recently informed us about enacting the law in the sector soon,” he added.

He strongly laid stress on two issues– ensuring the rivers’ navigability by dredging for ships-plying and exemption of tax for at least 10 years– in the shipbuilding sector.

“If the only two issues are addressed and ensured, the shipbuilding sector will significantly speed up the communication system through rivers across the country, tremendously increasing the business and economic activities in the country,” Mr Hoque said.

“The measures will also ease pressure on the roads and reduce transportation cost, pushing the country’s GDP to a new height eventually,” he added.

Bangladesh’s shipbuilding industry undoubtedly proved that it has quite efficiency and capability to build exportable ships, he said, and sought the government’s necessary support for the industry to propel the country’s economy forward.

Mirzanul Islam (Azad), general manager (admin) of the group, said that particular policy and act will facilitate the growth and development of the shipbuilding sector.

“The government’s pro-active measures in the sector will also boost up different other backward linkage industries,” Mr Islam said, and sought tax exemption in the sector for at least a decade.

When contacted, Industries Secretary Mohammad Moinuddin Abdullah told the FE Tuesday, “An act for the ‘ship recycling’ industry has been drafted under the ministry of industries. It is now at the stage of the inter-ministerial consultation.”

However, a shipping ministry official told the FE Wednesday, “As I knew after talking to concerned section of the ministry, the shipping ministry is not working on the issue as the shipbuilding sector was transferred to the industries ministry.” 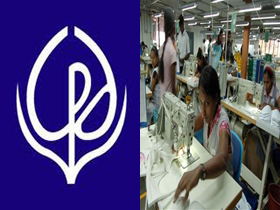