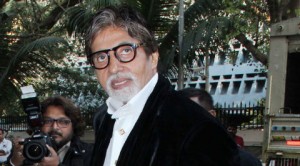 “It bears late…around 3 am and there is work tomorrow for Balki .. it reaches a moment of ending soon…,” the 71-year-old posted on his blog srbachchan.tumblr.com.

The movie, also starring Dhanush, marks the Bollywood debut of southern superstar actor Kamal Haasan’s daughter Akshara. Big B and Balki had also worked together in films like ‘Cheeni Kum’ and ‘Paa’ in the past.

The megastar is also busy wrapping up his pending projects.

” … there is also the preparation for the fresh season of KBC and the new films of Shoojit Sircar and Vidhu Vinod Chopra as also many others on a pending list,” he added.