He spent half a year following the Tropic of Cancer for his BBC series, but Simon Reeve’s favourite place was a vibrant country that sits in India’s shadow

You hear the fish hunters of Narail, in western Bangladesh, long before you see them. Sharp screeching penetrates the air by the riverbank, on the edge of the village, where ranks of canoes hold large bamboo cages and pairs of furry otters, those world-champion fish catchers. Villagers in the area harness the otters for a fishing partnership that dates back thousands of years, and one that was used in Britain until the late 1800s. 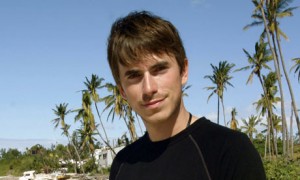 At dusk, when I set out on a narrow boat with Robin, a local fisherman, and Tanjil, my guide in Bangladesh, the otters are barking noisily at each other, excited by the prospect of another night hunting, pulling in a catch on which they also feed. We drift lazily down river in the still darkness, oil lamps and candles throwing deep shadows on to the lush banks, until we reach a quiet fishing spot on a bend in the river where trees drape their heavy branches into the water, and our torches catch flashes of silver from fish hiding among the submerged leaves.

Robin opens the bamboo cage and releases his two harnessed otters into the water, carefully adjusting their rope leads so one swims around at the front of the boat and the other at the back. Then he lowers a large net into the water and shuffles it under the dangling tree branches. A swift tug on the ropes attached to his otters, and the pair are chasing fish into the net, which Robin then lifts back into the boat, dumping the catch at our feet.

It is an ancient way of life, and a side of this country that westerners rarely see. We tend only to associate Bangladesh with disasters, flooding and tragedy, but it is also a lush, beautiful country with some of the warmest and friendliest people on the planet.

I was travelling through Bangladesh on a long journey around the Tropic of Cancer for the BBC series of the same name. After circling the world following the Equator and Tropic of Capricorn for previous TV series, it made sense to complete the set by travelling along the line marking the northern border of the most extraordinary region of the planet. Thanks to endless glorious sunshine, the earth’s tropical region is the most biodiverse area of the world, stuffed with amazing animals, birds, plants and trees. But it is also home to the greatest concentration of human poverty. So beautiful and brilliant, but blighted at the same time.

For more than six months I followed the Tropic of Cancer through 18 countries, starting in Mexico and crossing the Caribbean, North Africa, the Arabian peninsular, India and Asia. I saw spectacular sights as I crossed countries such as Oman, Libya, Laos and Cuba. But Bangladesh became my favourite.

With a small BBC team I began my journey across the country in the far west, close to the border with India. Pancake-flat with pot-holed roads, and crisscrossed by more than 700 rivers, the best way of getting around the water world of Bangladesh is by boat.

Leaving the otter fishermen of Narail behind we chug towards the capital, Dhaka, on a live-aboard motorboat along the River Padma, better known as the legendary holy Ganges when it passes through India.

In Bangladesh, life revolves around the water. Up to 60% of the country floods every year. The remaining dry patches of land are crammed with at least 160 million people – the seventh largest population in the world – in an area smaller than England and Wales. So everywhere we go there is an intensity of colour and activity, and the sheer chaos of life. When we stop to film, huge crowds gather just to watch us. But they are entirely welcoming, and when I drop a piece of equipment dozens of hands reach down simultaneously to help.

This is not to ignore the challenges and problems facing Bangladesh. Almost the entire country is just a few metres above an already-rising sea level, the main reason why global climate change threatens Bangladesh more than anywhere else in the world. And because the country is mainly earth and mud, with very little rock to hold it together, land is at risk of erosion as the flow rate of the Padma rises thanks to increased snow-melt upriver in the Himalayas. Travelling down the Padma I see communities desperately shoring up the muddy bank as their land washes away before their eyes.

But what captivates me about the country is the spirit of its people. In spite of their problems and severe poverty Bangladeshis remain positive and genial. Travelling there is a humbling experience. I defy anyone to return to their pampered European life and whinge convincingly about the speed of their internet connection or the state of their road.

I even love the much-maligned capital. Docking our river boat in Dhaka at the port of Sadargat offers a vision of life that would have had Turner reaching for his brushes. Huge, dirty ferries jostle for a berth, smoke pouring from their exhausts and water churning behind them. Emerging from the ferry terminal into the chaos of Dhaka is an experience I will remember for ever. The activity, the smells, the sights and the sounds are almost overwhelming.

Dhaka is one of the fastest-growing cities in the tropics, home to spectacular neighbourhood restaurants serving fiery curries, and hundreds of thousands of brightly painted rickshaws, each one a mobile work of art. It is also a city where slums house millions in terrible poverty, and vast armies of children work and beg to help feed their families.

But travel in the tropics for as far and long as I have and you realise this is not isolated urban squalor, but the reality for most of the planet. What makes Bangladesh different is a sense of community that has encouraged the development of powerful local charities steadily filling the social gaps left by failing governments. Bombarded by nature and poverty, Bangladeshis have developed a Blitz spirit.

After two weeks travelling across the country I plan to continue my Tropic of Cancer journey east towards the border with India’s forgotten and remote northeastern states. Following the Tropic would then take me on a dangerous, covert trip into western Burma.

But before I leave Bangladesh, Tanjil has prepared one final treat. On the outskirts of Dhaka we join a knockabout game of kabbadi, the national sport. Two teams line up against each other and then send a lone raider into the other half. He has to tag someone in the opposite team, then get back without being caught and wrestled to the ground. The catch is that when you go after the opposing team you have to hold your breath and chant, “Kabbadi, kabbadi, kabbadi”, as proof.

It is enormous fun, and I escape with just minor injuries. Poor and packed as it is, travelling across Bangladesh is an experience that lingers. It was a country I didn’t want to leave.