Controversial author Taslima Nasreen said on Saturday that the Indian government has decided to grant her residential visa.

She had met Indian Home Minister Rajnath Singh earlier in the day and requested him that she be allowed to stay in India for a longer period, reports NDTV.

In a 20-minute meeting, Taslima requested the home minister to allow her to stay in India for a longer period, online edition of the newspaper reports quoting unnamed official sources. 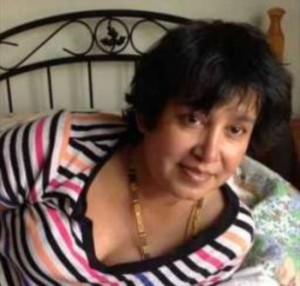 The 51-year-old writer had applied for a resident permit and the home ministry granted her the same type of visa but only for two months beginning from August 1.

‘I met honourable home minister Rajnath Singhji this afternoon. Gave him my book Wo Andhere Din,’ she tweeted after the meeting.

A verification process of Nasreen’s visa application has also been initiated by the government and the two-month visa has been given pending a decision on the longer-term visa.

The controversial writer from Bangladesh has been living in self exile since 1994 in the wake of death threats by Muslim fundamentalist outfits.

Taslima is now a citizen of Sweden. She has been continuously getting Indian visa since 2004.

She has lived in the US, Europe and India in the last two decades. However, on many occasions she had expressed her wish to live in India permanently, especially in Kolkata.

The writer had to leave Kolkata in 2007 following violent street protests by a section of Muslims against her works.