Two journalists have been shot dead during a live TV report in the US state of Virginia, their employer confirms. 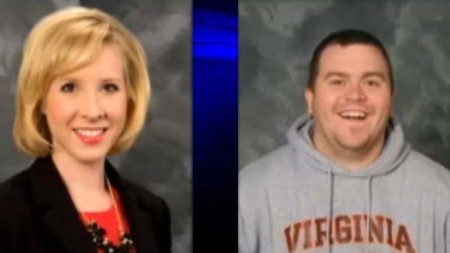 During the live broadcast, shots could be heard, sending the reporter and the person she was interviewing running.

Police say they are investigating the incident and still searching for the suspect.

“We do not know the motive. We do not know who the suspect or who the killer is,” the station’s general manager, Jeffrey Marks, said.