According to the Bangladesh Business Council (BBC) in Dubai, the UAE has become one of the major foreign investors in Bangladesh with nearly USD2.9 billion investments made in the country, Khaleej Times reported. 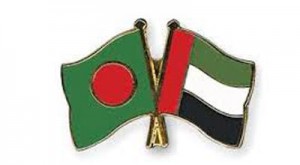 “We expect more investment flow from the UAE to Bangladesh after the successful visit of Bangladeshi Prime Minister during the last week of October 2014,” the Bangladesh Business Council (BBC) President said.

The council said that those investments were allocated for a number of projects, including the construction of a third seaport in Patuakhali and the 285km long marine drive project, adding that the country is currently in discussion with DP World and Mubadala for Paira Bandar and Marine Drive projects in the country.

Meanwhile, the bilateral trade between the UAE and Bangladesh has increased to reach nearly USD1 billion during the 2012-13 period, which included USD251.25 million in Bangladeshi exports.