The UK parliament has expressed concern over ‘disappearance’ of BNP joint secretary general Salahuddin Ahmed from Dhaka city since 10 March. 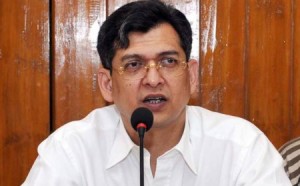 Such issues came up for discussion as early day motion (905) in the parliament which issued a statement titled ‘Disappearances in Bangladesh’ on its website on Monday.

“This House notes with alarm the lack of a free and open democratic process in Bangladesh, and in particular the recent disappearance of Salah Uddin Ahmed [sic], spokesperson and joint-secretary of the opposition Bangladesh National Party (BNP),” the statement reads.

The house also referred to the incidents of disappearances, including the one of BNP leader Elias Ali in 2012, who has still not been located.

“There are repeated allegations of extrajudicial killings by the Bangladeshi authorities, especially by the Rapid Action Battalion,” the statement added.

The UK parliament called on the British government “to put pressure on the Bangladesh government to ensure that free and fair elections take place promptly in Bangladesh, that disappearances and extra-judicial killings are ended and that freedom of expression is protected in Bangladesh”.