The United States said Tuesday it will curtail aid that benefits Bangladeshi politicians and redirect it to address labor and other concerns amid frustration over the country’s prolonged political infighting.

Nisha Biswal, the assistant secretary of state for South Asia, reiterated US calls for new elections after a January 5 vote boycotted by the opposition. She also urged Bangladesh to make greater strides in factory safety following a series of horrific disasters. 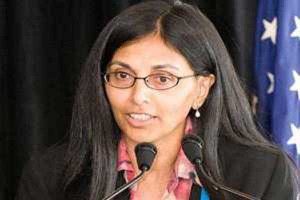 Addressing the Senate Foreign Relations Committee, Biswal said the United States was “curtailing any programs that are providing any direct benefit to members of parliament.”

Instead, US assistance will support “broader issues of institutional strengthening” such as improving labor rights and making the judiciary more effective, she said.

“Really none of the economic gains, or development gains, in Bangladesh can be sustained if there’s not the transparent, accountable institutions to form the bedrock,” she said.

Biswal said assistance that benefits politicians was already “fairly limited” and that the United States was trying to set priorities at a time of tight budgets.

Bangladeshi politics have been bitterly divided for decades by an intense, personal rivalry between Prime Minister Sheikh Hasina and opposition leader Khaleda Zia.

Biswal said the United States was working with other countries to encourage dialogue between the rivals and fresh elections. But she acknowledged: “I would not say that we have had tremendous positive traction.”

Despite the concerns, Biswal said Bangladesh — the world’s seventh most populous nation which is known for its moderate form of Islam — held “strategic importance” to the United States.

She praised Bangladesh’s contributions to international peacekeeping and said its consistent growth rates showed the country to be “an economic success story.”