The United States America has reiterated its support for trial to bringing to justice those who committed atrocities in the 1971 Liberation War but reminded that trials should be fair and transparent maintaining the international standards.

“We understand the importance of this process in closing a painful chapter in Bangladesh’s…Bangladeshi history,” said Jen Psaki, spokesperson of the US Department of Sate. 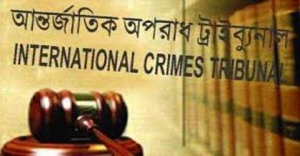 She made the remark when a questioner at the regular briefing in Washington on Wednesday wanted to know whether the US believes that the trial was fair and transparent as the top Jamaat leader and war criminal Motiur Rahman Nizami was awarded death penalty.

The US spokesperson referred to US Ambassador-at-Large Stephen Rapp who has said countries that impose a death penalty must do so with great care in accordance with very high standards of due process and respect for fair trial guarantees.

“I’m not in a position to evaluate the trial, other than to convey that those are values and standards that we expect countries to abide by,” she said adding that trials should be fair and transparent, and in accordance with international standards Bangladesh has agreed to uphold through its ratification of international agreements, including the International Covenant on Civil and Political Rights.