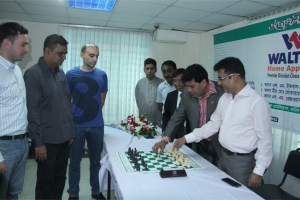 First round was rest day of Sreejan Chess Club. 2nd round games will start today (Thursday) from 2:00 PM at the same venue.