The previous highest daily transaction value of shares on Dhaka Stock Exchange (DSE) was taka 715.90 crore on December 12, 2013, which started declining later and hovered below 500-crore mark until Sunday. 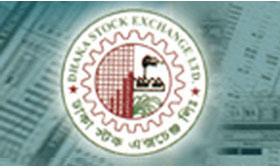 The total transaction of shares also rose to 12.82 crore at the close on Sunday, which was also the highest since December 23.

DSEX, the benchmark index of DSE, had started gaining since the last trading session of the past year 2013 on December 30 and maintained the upward trend in the last seven trading sessions till Sunday, reports BSS.

The index slipped marginally on January 6 on profit-taking selling, but returned to black zone on the following day on increased demand of shares from both the individual and the institutional investors.

Aims of Bangladesh, a fund managing firm, in its weekly market update said the uptrend sustained last week with an increased turnover as investors injected fresh funds into the market, hoping to an end of political crisis.

On Sunday the broad-based DSE index gained 29.99 points or 0.68 percent to stand at 4437.8 with most of the issues gaining across the board.

Like last week, engineering, fuel and power, mutual funds, finance and insurance were among the top performing sectors when banking, cement, textile and tannery were the day’s major losing ones.