Reacting to reports of a right-wing Hindu organisation expressing displeasure over a scene in his upcoming film ‘Singham Returns’, director Rohit Shetty said he has never shown anything controversial in his films and would continue to do so in future.

Hindu Janajagruti Samiti (HJS) has written to the the Censor Board of Film Certification (CBFC), citing that the film depicts Hindu saints in a bad light, “which hurts the religious sentiment of the believers of the faith”. The organisation apparently has objected to a dialogue in the film.

However, Shetty said, “They have not seen the scene. We will have a discussion with them. I am a commercial filmmaker and I know how business is important. I will never do any such thing or make a film that is controversial ever.” 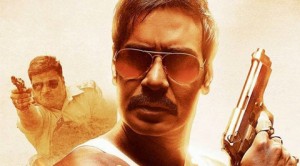 “I have never done that till today and will not do it in my life. It is just that they have a speculation after watching the promo…we will sit and talk with them,” he said.

The CBFC has also received several emails allegedly saying that the Hindus are shown in a bad light in the film. Most of them have urged the board to delete certain scenes in the movie, while some have called for a ban on the film.

“When we make a film we hope everyone likes it. The film (‘Singham’) was based on cops and they liked it, so it was encouraging for us. The first film released three years ago and cops even talk about it (‘Singham’). So we thought of ‘Singham Returns’ for them and for the audience,” Rohit said. The film is set to release on August 15.

About its box office fate, Rohit said, “That the audience will tell. It is foolish to talk about the numbers before the release of the film.

“The release date of a film is very important. Holiday time matters a lot as there are lot of footfalls. If the film is good, it will do well,” he added.

Talking about superstar Salman Khan, who has given several Rs 100 crore films like himself, Rohit said, “For Salman it is only Salman that works. He is the bankable star for mass entertainer (films),” Rohit said.