India has the largest population of illiterate adults, amounting to 287 million or 37 percent of the global total, local media reported on Wednesday, APA reports quoting Xinhua. 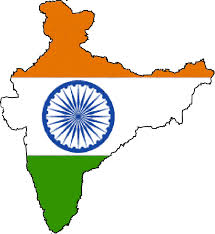 The “EFA Global Monitoring Report, 2013-14: Teaching and Learning: Achieving quality for All,” commissioned by the United Nations Educational, Scientific and Cultural Organization (UNESCO), said 10 countries account for 557 million or 72 percent of the global population of illiterate adults, according to Indo-Asian News Service.

“India’s literacy rate rose from 48 percent in 1991 to 63 percent in 2006, but population growth canceled the gains. So there was no change in the number of illiterate adults,” the report said.

“Though we have more than 99 percent children in schools because of the Right to Education Act, the quality of education being imparted is a big challenge that should be addressed,” he was quoted as saying, adding the lack of enough qualified teachers is the main reason for low level quality education.

The report also said the education crisis could impact the country for generations and the poorest will be worst hit by the crisis.