The Bangladesh Press Council may have the power to hold up the publication of any newspaper or service of any news agency for a maximum of 30 days if the paper or agency violates the directives of the council.

The law commission, presenting its views on the draft of the Press Council Act’s amendment, recommended to the press council that such a provision be included in the amendment by the Bangladesh Law Commission. 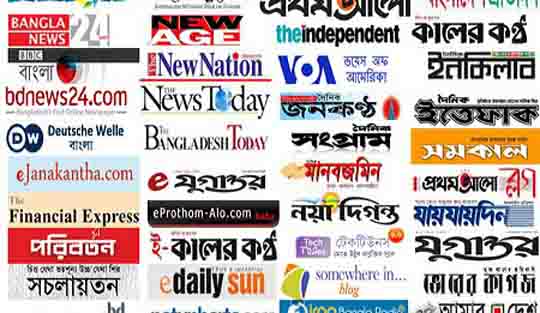 However, the press council did not support the idea of having the power to suspend any newspaper or news agency for 30 days.

An official of the press council said they will discuss and reconsider the recommendation.

Justice ABM Khairul Haque told Prothom Alo to contact the information official of the commission to know further details about the recommendation.

“I’ve heard that the commission does not agree with many proposals made by the law commission,” he added.

It was advised that Article 12 (B) (power to fine and temporary close newspapers or news agencies) be included in the act which says, the council is authorised to fine the editor or the journalist of a newspaper or news agency identified for not following the clause and orders of article 12 and 12 (A) of the act.

The maximum fine would be Tk 10 lakh. Recommendations have been made to include another article in the law which said, along with fine, the council can order to keep the newspaper or the agency temporarily closed for 30 days if justified.

The press council chairman said a number of newspapers do not follow the orders of press council. The council should have some power against such contempt.

Sections of journalist union and editors council are not in favour of giving such powers to press council. Bangladesh Federal Union of Journalists (BFUJ) (part) secretary general Omar Faruk said, the council should have the power to fine or issue some other sentence at the most. He is not in favour of taking action against the newspaper for any editor or journalist. It might put many journalists out of work.

The leader another section of BFUJ and also former secretary general MA Aziz said the law of closing newspapers was changed after the protest from the journalists. Things are back on track.

No law for closing down newspapers will be accepted. Any different penalty could be imposed. “If a newspaper is closed down, who will be responsible for the journalists working in that organisation? Does the law say anything about them? Why the journalists will be jobless?” he asked.