Bangladesh’s four crore people have remained food insecure although the country has achieved food sufficiency and improved access to food, according to the World Food Programme (WFP).

In its Strategic Review of Food Security and Nutrition in Bangladesh, the UN agency said an alarmingly large number of people still remain food insecure and hungry: one-quarter of the population was food insecure in 2014, which amounts to 40 million people.

Among them, some 11 million people were found to suffer from acute hunger. Even larger numbers remain vulnerable to food insecurity in the face of periodic shocks. 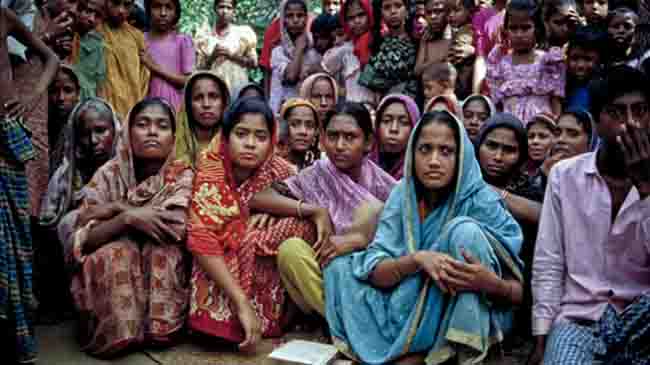 SR Osmani, a professor of development economics at Ulster University in the UK, along with a group of economists prepared the report.

Prof Osmani shared the report at a programme at the National Economic Council in Dhaka today.

Alongside, people’s access to food has also improved and Bangladesh has achieved a great deal by way of improving the state of nutrition.

“It also makes economic sense to pay attention to food security and nutrition. No country can expect to build a thriving economy on the backs of hungry and undernourished people,” said the report.

According to a joint study of the government of Bangladesh and the United States Agency for International Development, undernutrition already costs Bangladesh more than $1 billion in lost productivity every year, and even more in health costs.

“Thus, if Bangladesh aspires to be a developed country by 2041, it must commit to investing heavily and effectively in food security and nutrition,” according to the report.

Speaking at the event, Finance Minister AMA Muhith agreed that the country would have to do a lot on food security and nutrition.

James Harvey, chief of staff of the WFP, said countries, as well as development partners, have to do things differently to achieve the sustainable development goals.