At least 74 people are known victims of forced disappearance from January to May, according to a human rights body. 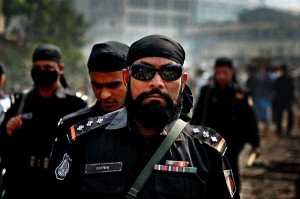 ASK director Nur Khan said, “Police do not want to register cases when victims’ families go to any police station.”

“On December 4th, 2013, I handed over my son, Adnan, to some people who identified themselves as RAB members. They told me that they would return my son after interrogation, but I haven’t got my son back yet, dead or alive,” said Ruhul Amin Chowdhury, one victim’s father. At least 68 people went missing in 2013, Khan said.