The Asian Development Bank (ADB), the Government of the United Kingdom (UK), and the Rockefeller Foundation are teaming up to help the urban poor of  fast growing secondary cities of Asia including Bangladesh. The three partners intended to protect the urban poor from the ravages of climate change. 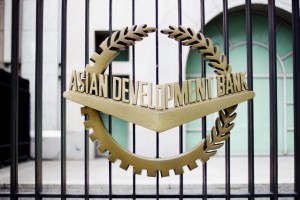 The partners have agreed to roll out an innovative program namely ‘Managing Climate Risks for the Urban Poor’, to help 25 secondary cities in the region counter the impacts of climate change, with a focus on the disadvantaged. The first six countries selected for inclusion in the program are Bangladesh, India, Indonesia, Pakistan, the Philippines, and Viet Nam ― all with large urban poor populations.

“The region’s cities are going through an unprecedented population boom and their poorest citizens are in the front line of an increase in extreme floods, sea level rises and other climate change-linked events,” said Gil-Hong Kim, Director of the Sustainable Infrastructure Division in the Department of Regional and Sustainable Development at ADB. “This innovative partnership brings together a private foundation, a bilateral organization, and ADB — a multilateral development bank — to leverage and scale up solutions to protect some of the world’s most vulnerable urban communities.”

Financing will come from a new Urban Climate Change Resilience Trust Fund, administered by ADB. A memorandum of understanding has been signed with the UK’s Department for International Development (DFID) under which DFID will provide initial grant finance for the fund of $130 million equivalent, with the Rockefeller Foundation supplying $5 million. The US Agency for International Development has also expressed interest in supporting the Fund.

About 55% of developing Asia’s population of more than 3.7 billion people is expected to be living in urban centers by 2030, and secondary cities – which are seeing some of the fastest population rises – are among the least prepared for tackling new climate challenges. Low income groups, who often live in informal settlements with few services and in hazard prone areas on river banks or along exposed coastlines, are the most at risk.

The program takes a new tack on urban climate proofing, adopting a more comprehensive approach than the piecemeal, opportunistic measures of the past. It will support linked activities, including assistance for incorporating climate change and disaster risk and resilience thinking into city plans. It will also provide technical assistance for preparing climate resilient infrastructure projects which benefit the poor, and it will fund knowledge gathering and research to exchange lessons learned and best practices on urban climate change.

Poor and vulnerable groups will be involved in the planning and investment decisions, along with other public and private stakeholders, and the infrastructure projects will be designed to attract additional public and private financing, and to have good potential for replication and scalability. The program will also consider “soft investments” in areas such as early warning systems, regulatory reforms, and other measures needed to tackle risks faced by poor and vulnerable communities.

The program’s goals include the roll out of about 25 infrastructure projects and other resilience measures to protect around 1 million poor and another 1 million vulnerable people in the target cities by 2021. It also aims to leverage about $1 billion in investments from public, private and municipal sources.