The Asian Human Rights Commission (AHRC) said, it has learned that direct intervention from the Attorney General’s Office of Bangladesh is preventing the release of ASM Nasiruddin Elan, Director of Odhikar, a Bangladesh based human rights organisations, despite the High Court (HC) having granted bail to the prominent human rights defender.

That the Attorney General’s Office (AG office) can impede a high court order so easily, is a telling example of the rule of lawlessness in Bangladesh, says a AHRC press release. 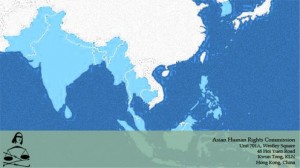 A team from Odhikar were told by Amanullah, a Deputy Jailor of the Kashimpur Jail-2 in Gazipur, that Elan could not be released as there were instructions from the Attorney General’s Office not to release him.

Elan’s lawyer, Mohammad Ruhul Ahim Bhuiyan, has informed the AHRC that he called Amanullah, Deputy Jailor of Kashimpur Jail-2, on the latter’s cell phone (+8801717292501) today to check on developments related to Elan’s release.

After learning about the same from Mr. Elan’s lawyer, the Asian Human Rights Commission called Deputy Jailor Amanullah on his cell phone number at 2:37 p.m.Hong Kong local time. Amanullah confirmed his official position during the two minute conversation that en-sued. When the AHRC Staff Member asked about the status of Mr. Elan’s release in compli-ance with the High Court order, Amanullah expressed himself in colourful abusive lan-guage and before ending the conversation.

This is not the first time Bangladesh’s Attorney General’s Office has prevented the release of a detainee via illegal instruction. The AHRC has learned from detainees, that in numerous cases in the last five years, the Attorney General’s Office has sent telephonic or fax instructions to different jails to make a mockery of court orders. All law officers of the State have a funda-mental obligation to assist the courts to uphold the rule of law. Such routine actions of the Bangladesh’s Attorney General and his team rubbish the basic principles of justice.

The AHRC demands an investigation by a High Court Judge regarding interventions from the Office of Attorney General to undermine the High Court order. The interventions preventing the release of any detainee, superseding a judicial order, violates all fundamental norms of human rights. Instructing jail authorities to prolong any person’s detention, despite the highest judicial order to release the detainee, is not only a clear violation of the High Court order but also an utter negation of the very existence of a judiciary in the country.

Such instructions amount to contempt of court, for which the Supreme Court of Bangladesh, obliged to safeguard fundamental rights of citizens in compliance with the Constitution of Bangladesh, as per Chapter IV of the said Constitution, should immediately hold accountable the entire group of attorneys work under the Office of the Attorney General.