When Somaly Mam was accused last year of fraud and dishonesty about her past, the repercussions were felt not just by the foundation that bore her name but also by the entire global anti-trafficking and anti-slavery sector. 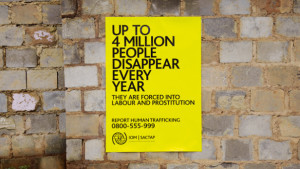 On top of the closure of Somaly Mam Foundation, several affiliates have had to tighten their belts and look for other sources of funding. But despite the widespread negative impact, the controversy has a silver lining: It sparked renewed global interest in addressing human trafficking and modern slavery.

“At best, it can be hoped that the current scrutiny [of Somaly Mam], discussions and consequences of certain practices may result in their improvements, especially to the extent that these touch upon structural weaknesses in the anti-trafficking sector,” Annette Lyth, regional project manager of the U.N. Action for Cooperation against Trafficking in Persons, told Devex.

Cecilia Flores-Oebanda, president and executive director of the Visayan Forum Foundation, agrees, saying that while “the Somaly Mam incident is unfortunate” it should also push the issue forward.

“It is a reminder to everyone in the anti-trafficking industry to ensure the reliability of our data and to adopt accountable and transparent governance structures in our organizations,” the chief of the Manila-based group said to Devex.

But while there is perceived progress in the fight against modern slavery and human trafficking — at least in the policy level — it has not translated into concrete, long-term solutions. Boys, girls, men and women continue to be trafficked and sold for prostitution or forced labor, among others, and their numbers seem to grow every day.

Advocates believe this year could be a crucial turning point for the anti-trafficking fight, as the international development community works on finalizing the post-2015 agenda. It is an opportune moment to include combating modern slavery in the agenda, as it is a crosscutting issue and an obstacle toward achieving sustainable and inclusive development.

“Human trafficking crosscuts a range of development issues from poverty, unemployment and a lack of education to weak rule of law and poor governance,” Lyth said. “[It] often occurs in the broader context of labor migration, with people seeking better livelihood opportunities for themselves and their families.”

The need for comprehensive data

While these reports show the gravity of the problem and identify the reasons that make people vulnerable to trafficking, none of them are able to come up with a standard metric to measure incidences and progress. Indeed, the lack of credible and comprehensive data remains one of the biggest hurdles in the anti-slavery fight.

Flores-Oebanda shared that addressing trafficking can be considered a “clandestine activity” because “data gathering and validation is difficult and … costly.” The industry has, at best, only “rough estimates of the extent of the problem, trafficking routes and the profits made in the trafficking industry.”

As Devex has previously reported, the data problem has made donors wary of committing more funds to the anti-trafficking fight as there is still no scientific way to measure the impact of interventions in the sector.

“A lack of data adds to the challenge … official data collected may represent only the visible aspect of trafficking and the actual figures are probably much higher,” Lyth explained. “There is a lack of sufficient evidence indicating which methods of prevention and protection work most effectively, given the broad and ever changing variables of the trafficking industry.”

There is no silver bullet to addressing human trafficking and slavery, and most organizations working to end this centuries-old problem usually employ one or a combination of these four interventions: prevention, protection, prosecution and partnerships.

Most of these groups, according to Lyth, focus on prevention by implementing “awareness raising and … behavior change interventions.” The U.N. official believes anti-slavery organizations concentrating on this intervention should boost efforts on monitoring migration patterns.

The other three interventions involve rescue and rehabilitation, prosecution of traffickers and giving justice to the victims, and the collaboration and cooperation of different stakeholders.

While the focus should remain on all four (or more), Flores-Oebanda said a focus on partnerships is important. As “[the issue] is increasingly becoming a donor priority,” there is a need to have “higher conviction rates [of wrongdoers] for the size of the problem and we need to get better at deterring the higher-level perpetrators,” she stressed.

Staying a step ahead

But as the anti-slavery sector gets better with the type of interventions they implement — and how — so do the traffickers. New trends in human trafficking are being identified because, according to Lyth, traffickers are becoming increasingly cleverer, “changing their tactics when a certain kind of trafficking gets too complicated.”

Among these new trends are forced marriages and “trafficking in babies connected to surrogacy,” she said.

So how can stakeholders — especially donors — stay a step ahead of these traffickers? Flores-Oebanda said donors first need to be more flexible with their funding. Rescued trafficking victims need long-term support to reduce their vulnerabilities, which involves more than just rehabilitation and job placement.

They should also invest in research and impact assessment tools to identify “truly effective interventions.” And, perhaps most crucially, donors should have realistic expectations of outcomes and what their implementing partners can do.

“What is important is that donors make administrative and financial reporting obligations clear to their implementing partners and understand their partners’ limitations,” she concluded.

How else can stakeholders in the sector stay a step ahead of traffickers and help put an end to modern slavery? Let us know by leaving a comment below.