A former Finance Minister of the Government of the People’s Republic of Bangladesh; a member of the Central Advisory Council of the Bangladesh Awami League; and a former Member of Parliament for the Sylhet-1 constituency in Bangladesh. Prominent politicians and economists, as well as well-known authors and diplomats from throughout the globe, the heroic freedom fighter Mr Abul Maal Abdul Muhith, 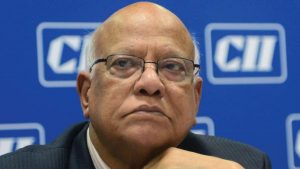 has passed away. He died last night at the United Hospital in Dhaka, where he had been a former Finance Minister of Bangladesh for more than a decade.

For a long time, he had a lot of complicated illnesses and was getting treatment in the hospital. He was 88 years old at the time of his death.

When the Awami League government was formed under the leadership of Sheikh Hasina after winning the election in 2008, Mr Muhith was given the responsibility of Finance Minister.
His first janaza will be held at 10:30 am on Saturday at Gulshan Azad Mosque, and his second janaza will be held at 11:30 am at Sangsad Plaza. The body will be taken to the Shaheed Minar at 12 noon to pay homage to people of all walks of life and then to Sylhet for burial, the government said.
bangladeshNewsobituary