Apple and Samsung are returning to court in one of the most high-profile patent battles of recent times. 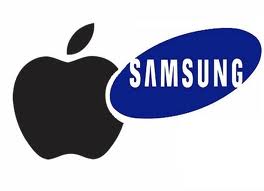 nd Samsung guilty of infringing six Apple patents and awarded one of the largest payouts of its kind on record.

The verdict and $1bn (£626m) awarded in damages were seen as a massive victory for Apple.

This is just one of many patent cases the two companies are fighting in courtrooms across the world.

In March 2013, a judge re-examined the $1bn awarded to Apple and reduced the amount saying the damages would need to be assessed at a new trial.

Judge Lucy Koh said the original jury in the court in California had incorrectly calculated part of the damages.

The judge said that $550m of the award had been worked out in the proper manner but she ordered that the remaining $450m be reassessed.

That $450m could be increased or lowered meaning that Apple could conceivably end up with more than the original $1bn awarded at the first trial.

Apple had originally sought $2.5bn in damages from Samsung.

It argued that the South Korean company had copied its designs for the bodies of the original iPhone and iPad as well as user-interface elements such as the bounce-back response when a person scrolls beyond the end of list and tap-to-zoom.

Samsung argued it was already working on rounded rectangular handsets dominated by a screen and a single button months before the iPhone was revealed. It sought $519m in damages from Apple.