The militant attack at an upscale Gulshan cafe in Bangladesh’s capital, where Japanese and other foreign diners were taken hostage, highlights Japan’s major role in development work overseas, particularly in Asia.

Eight outside consultants for Japan’s development agency were eating together at Holey Artisan Bakery in a diplomatic zone in Dhaka when the attack began around 9:20 p.m. Friday. One, who had been shot, was among 13 hostages rescued after security forces stormed the restaurant Saturday morning. Before the fates of the others were confirmed, Japanese Prime Minister Shinzo Abe described the situation as dire.

“These people are those who worked hard for the development of Bangladesh, and so this is the 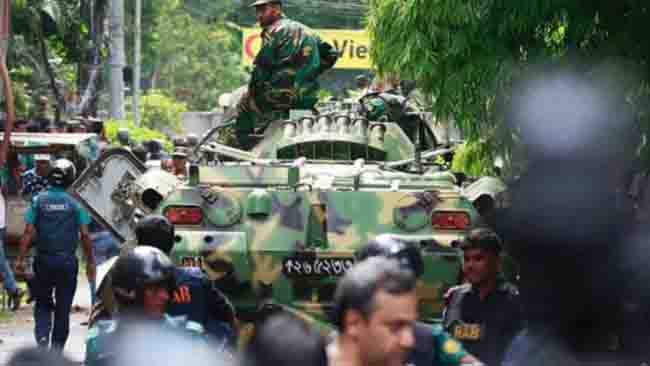 utmost sorrow,” he said in a brief statement to reporters after nightfall in Tokyo. “Those innocent lives were taken by this cruel and atrocious terrorism, and I feel strong indignation.”

Bangladesh Brig. Gen. Nayeem Ashfaq Chowdhury said 20 hostages were killed, along with two police officers and six of the attackers. He did not identify the hostages’ nationalities.

The Japanese were working on an infrastructure project for the Japan International Cooperation Agency. The development agency disburses about $1.4 billion a year in grants, $1.2 billion in technical assistance and $8.8 billion in low-interest development loans.

Japan’s overseas development assistance has shrunk since its peak as the country wrestles with budget deficits and its own economic stagnation. But its aid remains large, and Abe has pushed to increase and refocus it as part of his effort to increase Japan’s role internationally. The top recipients are in Asia, but Japan also is a sizeable donor in Africa.

The president of JICA, Shinichi Kitaoka, said his agency would strengthen security precautions while continuing to contribute to the development of Bangladesh.

JICA had warned of possible attacks during the month of Ramadan, particularly after the killing of a Japanese man in northern Bangladesh last October, but Kitaoka said that the restaurant was believed to be relatively safe. He noted, though, that it also may have been a soft target for militants.

In October, a Japanese farmer who was growing high-yield cattle feed in Bangladesh was shot and killed by masked assailants riding a motorbike. The Islamic State group claimed responsibility for the killing of Kunio Hoshi, as well as other recent targeted killings of foreigners and the restaurant attack. Bangladesh’s government previously has denied IS had a presence in the country.

Japanese were also killed by militants in two other attacks in early 2015, though neither involved development workers:

In January 2015, the Islamic State group killed two Japanese men in a hostage drama in Syria that gripped Japan for 11 days. The militants had captured Haruna Yukawa, a 42-year-old adventurer, in the summer of 2014, and Kenji Goto, a freelance journalist, after he went to Syria to try to rescue Yukawa in October of that year. IS demanded $200 million for their release, setting off round-the-clock crisis meetings from Japan to Amman, Jordan. It then beheaded the men. Another Japanese freelance journalist, Jumpei Yasuda, went missing last June and is reportedly being held by a militant group in Syria.

In March 2015, three Japanese tourists were among 22 people killed when gunmen opened fire at the National Bardo Museum in Tunis. Three other Japanese were injured. The Islamic State group claimed responsibility, though experts also suspected other militant groups. The victims were cruise ship passengers.