Bangladesh has called on the Thai government to schedule the next meeting of the two countries’ Joint Trade Committee for June, as there remain a wide range of trade issues to discuss, notably high Thai import duties on Bangladeshi products.

The JTC was created in the 1990s to enhance bilateral trade. Its last meeting was in Bangkok in 2013, and there many issues that need to be followed up, said Saida Muna Tasneem, the Bangladeshi ambassador.

The JTC, which is co-chaired by the commerce ministers of the two countries, was supposed to 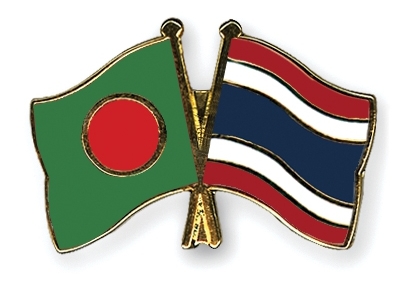 meet in Dhaka last year, but the meeting was rescheduled many times because of various situations in Thailand, she said.

Tasneem said in an interview: “We are looking forward to that meeting in Bangladesh and would [ask] Thailand to reduce import duties for some particular items.”

Two-way trade between Thailand and Bangladesh approached US$1 billion (Bt34 billion) last year. Bangladesh’s imports from Thailand were valued at more than $900 million, while its exports to Thailand were less than 10 per cent of the total bilateral trade value.

While Bangladesh has a huge trade deficit with Thailand, its exports to the Kingdom face a lot of barriers, notably import duties as high as 30 per cent, the ambassador said.

Dhaka has requested that Thailand consider reducing its tariffs as Bangladesh is one of the Least Developed Countries (LDCs), Tasneem said.

“According to the World Trade Organisation, [an] LDC like us should get some quota for some items to have zero duty,” she said.

While a competitor in the same region, India, has a free-trade agreement with Asean, with 84 items under the FTA levied zero duty in the Asean markets including Thailand, Bangladesh faces a great barrier, she said.

Pharmaceuticals, on which Bangladesh has an advantage as LDCs do not need to pay for intellectual-property rights on any generic medicine until 2032, have a slim chance of entering the Thai market, she said.

“Our pharmaceutical industry is very strong and exports to more than 100 countries in the world. In the region, Myanmar and Cambodia are good markets, but they [Bangladeshi drug producers] entered the Thai market very late due to Thai regulations, which require high quality to match European standards,” she said.

In a joint statement by the two countries in 2012, they resolved that by 2016 their bilateral trade should double.

“We hope that is possible, since we [were able to] make a 30-per-cent increase [in our] exports to Thailand last year. But Thai exports to Bangladesh did not increase in the same period,” Tasneem said.

“Once the JTC meeting takes place, Thailand [will] have a chance to explore why it did not increase – it’s supposed to be far beyond $1 billion of Thai exports to Bangladesh by now since there [is] high demand.”

As far as investment goes, there is huge potential for Thai companies to invest in various sectors in Bangladesh, she said.

Charoen Pokphand Group has invested more than $200 million in chicken-feed production and chicken farms for the domestic market. Italian-Thai Development is building the first elevated expressway in Dhaka, to be completed next year.

The largest Thai company operating in Bangladesh is Siam Cement Group, which now is the largest supplier of cement and construction material in the country. Thai President Foods’ products such as instant noodles are very popular in Bangladesh; they produce and sell them there.

Siam Gas has made a proposal to set up a liquefied-petroleum-gas bottling plant and a floating liquefied-natural-gas terminal in Chittagong, Bangladesh. A Thai windmill company called iWind has proposed to build the country’s first wind-power plant near Chittagong.

If these proposals materialise, the total value of Thai investment in Bangladesh will reach $500 million, up from between $280 million and $300 million currently, Tasneem said.