In a bid to bolster the electricity generation capacity of the energy-poor nation, the government is looking to build several coal-fired plants in the coming years. But activists oppose them citing environmental risks.

The plan to set up coal-fired power plants across the coastal areas of the South Asian country recently sparked a wave of protests. At least four demonstrators died and many were injured in the southeastern port city of Chittagong last month, when police opened fire at those protesting against the construction of a thermal power plant in the region. 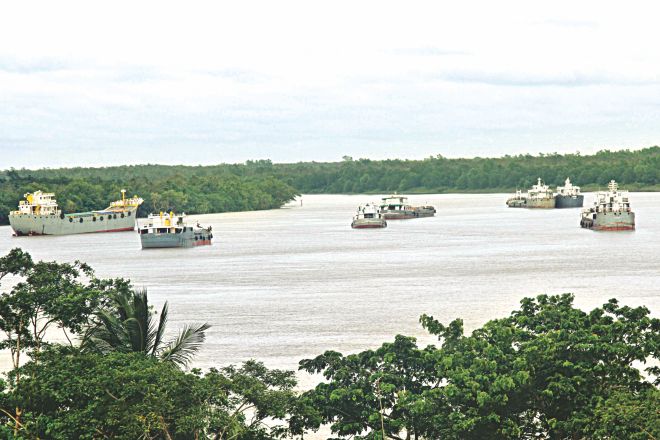 As part of its efforts to meet the surging demand for po in the energy-starved nation, where over a third of the population lack access to electricity, the government plans to set up about 25 thermal power plants by 2022 – to generate about 23,692 megawatts of electricity.

But activists accuse the government of disregarding the potential environmental risks posed by the projects.

Much of the public debate in the country over the issue is centered on two proposed power plants at Rampal – a small village situated near the Sundarbans, the world’s largest concentration of mangrove forests.

In March, thousands of activists marched from the capital Dhaka to the forest to protest against the construction of the plants, as they fear the projects would cause air and water pollution, changes in water quality and increased boat traffic. They worry that this could ultimately lead to the forest’s destruction.

Anu Muhammad, a political activist and one of the organizers of the protest march, says independent studies show that the project in question is likely to be disastrous for the Sundarbans. “The forest is crucial for millions of people in the area for their livelihood and it is also a natural safeguard against increasing natural calamities for nearly 40 million people living in the coastal zone,” he told DW.

This view is shared by Ainun Nishat, a leading environmental expert in Bangladesh. However, the expert notes that a comprehensive discussion on the project-specific problems is still missing in the country.

“Activists should ask questions about the source and quality of coal that will be burnt in the plant. At the same time, boat traffic in the forest will be a major issue as a significant number of vessels will be used to carry coal through the forest every day,” Nishat pointed out.

The proposed plants at the edge of the mangrove forest are a joint project between the state-run power companies of Bangladesh and India. “The whole process of conceiving the projects, selecting the area and negotiating the terms and conditions of the projects are non-transparent, irrational and biased against people and environment,” claimed activist Muhammad.

Bangladesh, home to around 160 million people, is regarded as one of the world’s most energy-poor countries, with an immense gap between the power supply and demand. While it has one of the lowest per-capita electricity consumption rates, the demand for electricity is on the rise and the government has struggled to boost production.

At the same time, poor management as well as shabby transmission and distribution infrastructure has resulted in increased power losses and, sometimes, outages.

The decrepit state of the electricity infrastructure has not only led to public discontent, but also become a dampener on the economy.

Ainun Nishat, a professor emeritus at the BRAC University in Dhaka, says it is imperative for Bangladesh to generate more electricity to fulfill its growing demands. “Load shedding is going on even in 2016, which indicates we need to increase production of commercial energy immediately,” he underlined.

Meanwhile, the government sees no other option but to go for coal to meet the increasing demand.

Monowar Islam, the secretary of the government’s power division, describes Bangladesh as a “power-hungry country that needs huge amounts of electricity to develop.”

However, Anu Muhammad, who is also a professor at Jahangirnagar University in Dhaka, stresses that coal is not the answer for Bangladesh’s energy woes.

Instead, he emphasizes the use of alternative energy sources to generate electricity.

“The best option for us is to go for renewable energy as the country has huge potential for it. Moreover, gas-fired power plants can be used to generate electricity as we have significant offshore reserves. We require good policies and institutions to explore those resources,” he argued.

Despite the government’s inclination to proceed with its project plans, activists say they do not intend to stop their movement.

Hashtags #SaveSundarbans and #StopRampal have been set up to raise awareness about the damage coal-fired power could do to the Sundarbans.

A number of Facebook pages have been created in solidarity with the #SaveSundarbans campaign. Zobayer H. Kiron, an online activist based in the southern city of Khulna, says many Internet users have expressed concern about the power plants. “Many Facebook users use their profile and cover pictures to say no to Rampal. Some of them have taken part in street protests following calls on social media,” he noted.

While the recent protest in Chittagong forced the government to delay the project, observers believe it may not be long before the work is restarted as pressure continues to mount on the authorities to generate adequate power for the nation’s energy-starved population.