Hundreds of Bangladeshi construction workers have been beaten and humiliated by soldiers in Iraq after becoming dragged into their host country’s sectarian conflict, two of their colleagues said today. 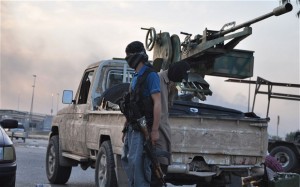 Some had their beards shaved off by the mainly Shiite Muslim troops after being accused of sympathising with Sunni insurgents while one of them was stripped naked, according to the men after they returned home, AFP reports.

“They abducted the Bangladeshi cleric from our camp mosque last Thursday and when he was released on Saturday, you could see torture marks all over his body,” Raqibul Islam told AFP in an interview in Dhaka.

“They burnt his beard with cigarettes and then cut it off with knife. His body was also beaten with stones.

“He was tortured because he is a Sunni. He was returned only after we stopped work and protested his abduction,” he added.

Mofidul Islam, another of the group of 21 workers who managed to return to Bangladesh on Tuesday, said abuses had been widespread.

“The Iraqis beat hundreds of our colleagues. They think that a beard is a sign that you are a Sunni militant so whoever has a big beard was targeted and beaten mercilessly,” said Islam.

The Bangladeshis were all working on construction projects in the Bismayah region, south of Baghdad, when Sunni militants began seizing large parts of the country from the Iraqi army last month.

While their Korean employer released the workers from their contracts, Raqibul said many had been stranded as they were unable to afford to buy plane tickets home.

“We bought the tickets at our own expense,” said Raqibul.

A senior Bangladeshi government official said the authorities in Dhaka had offered to help bring the workers home, but most were not interested as they had borrowed heavily to land a job in Iraq.

Officials say around 20,000 Bangladeshis are living in Iraq, although the actual number is thought to be much higher.