One of the easiest ways to boost sustainable growth is promoting regional economic integration that facilitates freer movement of goods, services and investment, helping to achieve regional developmental objectives by creating jobs, according to the editorial of the current ICCB News Bulletin of International Chamber of Commerce-Bangladesh released today.

The geographical location between three major regions of Asia —South Asia, South East Asia and East Asia—provides a unique opportunity for Bangladesh to take advantage from cross-border movement of goods and services and investment flows. 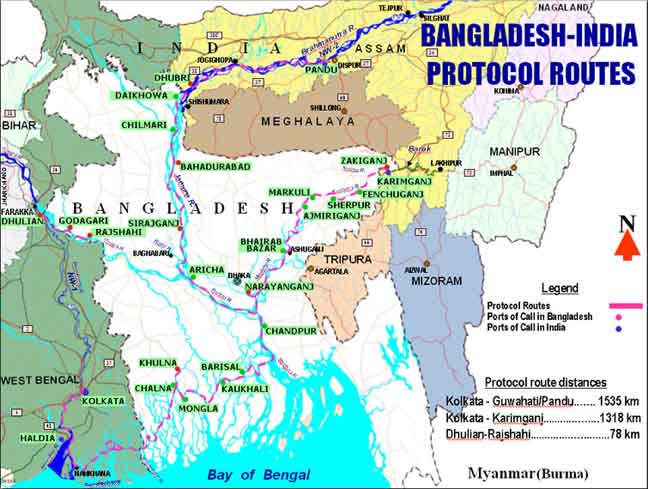 Since 2013, the initiative of Bangladesh-China-India-Myanmar Economic Corridor (BCIM-EC) has maintained good momentum of development with collaboration of the BCIM countries, but lot is yet to be done. According to experts, the BCIM Corridor is a win-win arrangement. The linkages of transport, energy, and telecommunications networks will enable the region to emerge as a thriving economic belt that will promote social development of communities along the Corridor.

In the back drop of the present global economic scenario, BCIM Economic Corridor is on the top agenda of Chinese “One Belt and One Road” initiatives. The corridor is a modern version of the Silk Road and a revision of the 1999 Track II Kunming initiative between BCIM countries.

Under the “One Belt and One Road” Kunming Province will be connected to Kolkata in India, Mandalay in Myanmar and Dhaka and Chittagong in Bangladesh. The economic corridor is expected to benefit the four neighbouring countries as it will facilitate trade by providing greater market access due to improved connectivity.

During the visit of Indian Prime Minister Naredra Modi a number of agreements, protocols and MOUs have been signed between Bangladesh and India. Railway and bus connectivity has already become operational between the two neighboring countries and the motor vehicle connectivity agreements among Bangladesh, India, Nepal and Bhutan have also been signed. Although road connections exist, many segments need to be upgraded, especially in Bangladesh, India and Myanmar.

Bangladesh and China have also signed six deals to further boost bilateral ties between the two countries at public and private sectors. China, being the largest trading partner of Bangladesh is already involved in development of mega infrastructure projects of Bangladesh. It is estimated that in the next five years, China will invest an additional $500 billion in other countries, import over $10 trillion worth of products and send 400 million tourists abroad.  Bangladesh, as China’s close neighbor and trusted friend, can take an even more favorable posture to make good use of “Chinese opportunities.”

China and India are the two largest emerging economies while Bangladesh and Myanmar boasts rich natural and human resources. Indian Prime Minister’s recent visit to China as a follow up of Chinese President Xi Jinping visit to India, the two countries have signed agreements wherein China will invest in India some  $22bn to strengthen  economic collaboration. This will definitely be beneficial for the economic corridor & enable the four countries to work for each other’s advantages, accelerate economic growth and open wider opportunities for them.

According to ADB, Bangladesh’s real income gains will be 6.9 percent of GDP and export will grow by 86 percent by 2030 if connectivity between South Asia and Southeast Asia improves. However, Bangladesh will have to spend $14.268 billion to prepare its road, rail, ports and energy infrastructures to contribute to the integration, said ADB in a recent study.

The implementation of the new initiatives will help Bangladesh to transform its geographical advantage and create opportunities for accelerating the pace of business cooperation among the countries.

However to transform its geographical advantage to become the regional economic hub the following three key issues have to be addressed by Bangladesh: development of a deep sea port to emerge as the transportation hub in the South Asian Region; energy cooperation with Bhutan, Nepal, India and Myanmar and establishment of more economic / industrial zones.