Bank Asia and Pran-RFL Group has joined hands to reach banking services to people by setting up agent banking outlet inside Pran-RFL’s Daily Shopping and Best Buy outlets through the country and facilitate financial services to Pran-RFL’s workers. Three separate agreements to this effect have been signed between the two organizations at a simple ceremony held at Rangs Bhaban at Tejgaon Old Airport Road in the capital city Dhaka today (Tuesday, January 31, 2017). 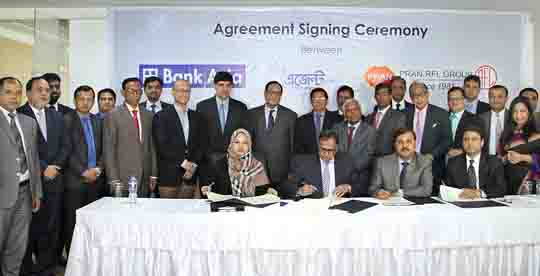