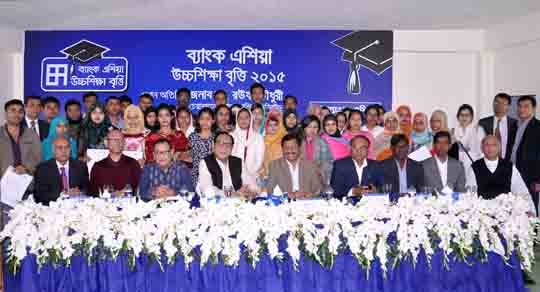 A large number of people including students, teachers, journalists, businessmen and local elite attended the function.

It may be mentioned that Bank Asia gives scholarships for higher study to the meritorious students in the rural areas, where the Bank has branches. A total of 186 (one hundred eighty-six) students have been selected for Bank Asia Higher Studies Scholarship for the year 2015.